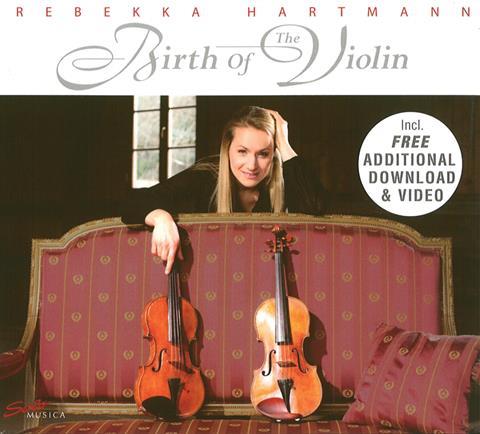 Few successfully combine stylish Baroque string playing with an itinerant career as a concerto soloist in Classical and Romantic repertoire. However, Rebekka Hartmann makes a remarkably good fist of it here, acknowledging her debt to Reinhard Goebel, even if her performing style seems neither consistent nor instinctive.

She draws ravishing sounds from her 1675 Stradivari and a 1669 Nicolò Amati, maintaining predominantly sure intonation, particularly in the stratospheric writing in Guillemain’s Amusement (La Furstemberg), and adding vibrato sparingly. Although she flounders musically in Matteis’s Fantasia, she brings aristocratic poise and rhythmic flexibility to the Prelude of Westhoff’s Suite, sensitive phrasing to its Sarabande and lively articulation to its Courante and Gigue. She occasionally reverts to more modern bowing approaches, as in the multiple-stopping of Westhoff’s Allemande and the first movement of Pisendel’s Sonata in A minor, the ‘elastic’ bowings towards the end of her expansive account of Biber’s Passacaglia and in the dramatic opening of Rust’s Partita.

The disc’s recorded sound is vivid and clear, but its title seems something of a misnomer without any Bach to savour; perhaps it is intended as an aperitif for a full set of solo Bach from this promising German artist in the not-too-distant future.