Violist Micha Afkham paid €60,000 for the instrument, believing it was made in 1923 by the famous Italian maker 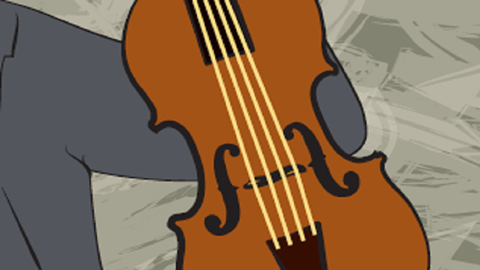 A dispute between two violists is playing out in the Munich high court following the sale of an instrument 'falsely' attributed to 20th century Italian maker Luigi Mingazzi, according to German reports.

Micha Afkham, a member of the Berlin Philharmonic, bought the instrument from former Philharmonic musician Helmut Nicolai in September 2013 after trialing the viola for six months. At the time of purchase Afkham believed the instrument - inscribed 'Luigi Mingazzi 1923 Ravenna' - to be the genuine article, and paid €60,000.

However, two years later an appraisal for insurance purposes revealed the instrument to be the work of a German maker and worth just €10,000. Afkham, who wishes to retain the instrument, is now demanding that Nicolai refund €40,000 of the purchase price. Nicolai, who subsequently joined the Munich Philharmonic, is refusing to pay the desired sum, and instead has offered a full refund if the instrument is returned to him.

The matter is being considered by the court, which after obtaining an independent appraisal will hand down its verdict on 26 October 2016.

Read: Can you tell a fake instrument from the genuine article?