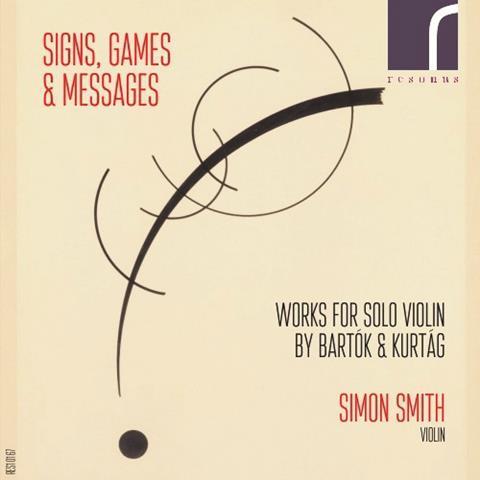 The recorded tradition of the Bartók – beginning with its dedicatee Yehudi Menuhin and moving towards recent recordings by James Ehnes and Vilde Frang – is rich and diverse, and the ‘heat’ of British violinist Simon Smith contrasts noticeably with the cool, unfussy approach favoured by Ehnes. The Bachian mood music of the opening ‘Tempo di ciaccona’ is unashamedly pushed to the fore, and the heat of Smith’s performance rises through expressive swells that inject a vague air of Romanticism. A ballad-like reading of the third-movement ‘Melodia’ is brusquely interrupted by Bartók’s Presto finale, as Smith rides the rude, rhythmic stampede like a rodeo.

Kurtág’s Signs, Games & Messages variously draws on John Dowland and folk sources, and includes miniatures dedicated to Cage and Bach, although I’m not convinced that the parts add up to the grand whole that Kurtág aims for. But Smith clearly is convinced, and this luxuriantly detailed reading, matched by a clean-cut recording, will not leave existing Kurtág devotees disappointed.