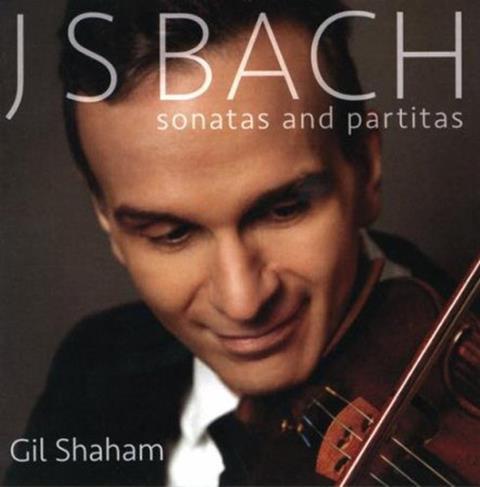 As you listen to this recording, it is easy to imagine that microphones were placed in Gil Shaham’s music room to eavesdrop as he amused himself playing through Bach’s Sonatas and Partitas. The result is a performance where, in some unexpectedly fast tempos, he revels in his left-hand dexterity. It is an approach that at times tempts him to massage phrases to suit his freedom of expression; and if he goes beyond our long-held parameters of acceptability, this never compromises his deeply felt response to the music. That mood of urgency is established as he musically dances through the second movement of the First Sonata. If the Double of the First Sonata is imbued with joy, it is the Ciaccona of the Second Partita – which clocks in at a mercurial eleven minutes – that finds, after a steady opening section, Shaham at his most brilliant.

There were small mannerisms, such as a fractional hesitation before chords and a slowing before the end of phrases in the slower movements, that I found a distraction before I reached the second disc. This was technically perfect, with spotlessly clean intonation, and there is a masculinity in Shaham’s full tone, even when he presents himself with finger-knotting tempos. Those looking for period-informed correctness will also enjoy his restricted use of vibrato.

Returning to my favourite recording by Alina Ibragimova (Hyperion, reviewed in December 2009), I found a degree of fantasy that is missing in Shaham’s approach. Take for instance her quiet opening to the second movement of the First Sonata and you will have moved into a different musical world. The up-front recording captures fingerboard noises and does have some changes of ambience.