Rachel Podger: 'I played Bach at home in secret' 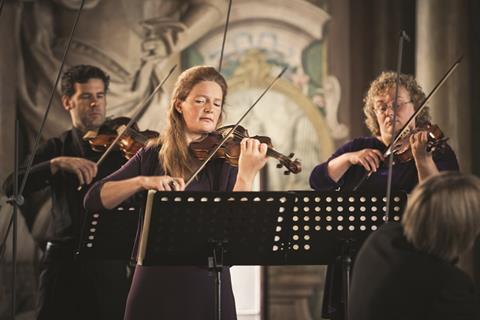 This interview is from the October 2018 issue of The Strad

The first time I heard Bach’s Violin Concerto in E major BWV1042 was when I saw the Academy of St Martin in the Fields at the Stadthalle in Kassel, Germany. My family moved there from Britain when I was eight years old; my brother and I were already learning the violin, and all of us sang and played all kinds of instruments, in a kind of ‘broken consort’.

The Academy was touring Germany quite a lot at the time, and Iona Brown was the soloist for the Bach; I remember being amazed by how fast she took the opening movement. Her expression as she was playing the slow movement, too, was so focused and involved with the music. It had a big effect on me. Of course, I wanted to learn Bach after that, but my tutor, a very strict Polish violinist from the Kassel opera orchestra, exclaimed: ‘Bach? You can’t play Bach until you’re 40!’ (Although Tchaikovsky and Spohr were fine.)

That just meant I played Bach at home in secret; it was exciting, like living a double life. I heard Buxtehude and lots more 17th-century German composers at church, and instinctively realised how they had influenced Bach. So when it came to learning the concertos, I found Bach’s musical language quite straightforward, as it seemed so clear. I didn’t have to work too much on finding my own interpretation, as everything was already there in the score. 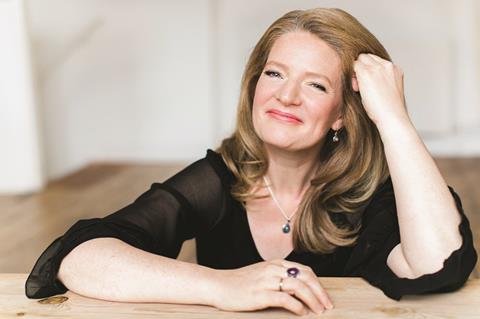 Rachel Podger: ‘Find the dance element, and experiment with how to capture it in the articulation and character of the piece’
©Theresa-Pewal

The first movement of the E major Concerto strikes me as joyful: the three chords at the start, where everyone moves at the same time, give a strong statement that ascends rapidly in register, and I think the figuration of that movement is very idiomatic to the sound of the gut string. Even though it needs to be played fast, whenever you come off the string you can hear an incredible resonance in the sound – even in a dry acoustic.

That resonance is a very important ideal to aim for, especially in music that needs to bounce along. In contrast, the second movement is full of sorrow and meditation, so you need to look for a stillness in your playing. There’s a moment when the viola has the bass-line and moves from C minor to E major, which gives an incredible feeling of hope. I always like to play that moment quite softly, although I know it can be played so many different other ways, which can be just as beautiful.

When I was in my teens, I had another teacher who was slightly less strict and let me play Bach – although when I learnt the First Partita, he insisted I mark all his bowings and fingerings in my part with a pen, so I couldn’t change them. When I started questioning some of his ideas, he took me aside and asked me in a hushed tone: ‘Have you been affected?’

I told my parents and brother – who by that time was learning the organ and already interested in period performance – and we agreed that I actually had been ‘affected’ by the movement. Soon after, we hosted two Baroque violinists and I badgered them with questions about playing until one of them gave me a lesson on his instrument. After that I was hooked, and performed in all kinds of ensembles with my brother conducting.

While I was studying at the Guildhall School in London, my teacher David Takeno said it was vital to study and learn a concerto, or any piece of music, reading at first from the score, not just your own part. Start with the bass, move upwards through the viola and finally the violin, as the other voices instruct you as to how to play your own part.

Find the dance element, and experiment with how to capture it in the articulation and character of the piece. Keep the longer line in mind, and know the story you want to tell. Bach’s score is a road map, and you will always find your way if you follow it.