All Hands on Deck. Music by Waller, Carmichael, Jolson, etc 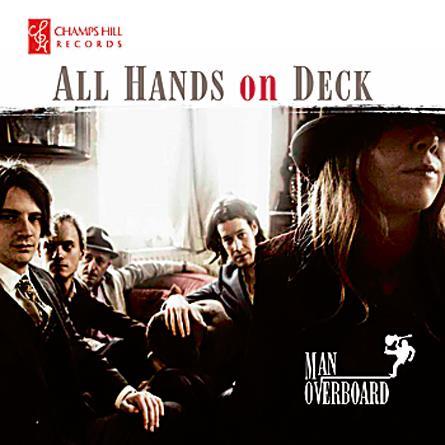 A five-piece outfit dedicated to playing swing tunes of the 1920s and 30s, Man Overboard features Louisa Jones on vocals, clarinettist Ewan Bleach, guitarist Jean-Marie Fagon and (of special interest to readers of The Strad) British star violinist Thomas Gould and multitalented bassist Dave O’Brien. Gould proves wonderfully adept at creating a laid-back atmosphere (the polar opposite of Nigel Kennedy’s centre-stage bravado), produces an infectiously alluring sound and segues subtly into an occasional piece of classical cross-referencing, as in the delightfully sprung It ain’t right, into which he insinuates the opening of Bach’s E major Partita in the tonic minor, and I found a new baby, which is prefaced (brilliantly) by the opening virtuoso roulades of Paganini’s solo Caprice no.5.

Gould’s extraordinary ability to put any tell-tale vestiges of classical interpretative rhetoric behind him is exemplified by the opening of How high the moon, in which he employs the merest whisper of vibrato and gently teases the sound out of his 1782 Guadagnini with the subtlest of glissando inflections. This is playing that Grappelli himself would surely have been proud to call his own. O’Brien provides agile, inventive and wonderfully undistracting bass support, which miraculously fits with each of the (generous) 18 tracks on this hugely enjoyable, luminously engineered debut album.

Clip: How High the Moon