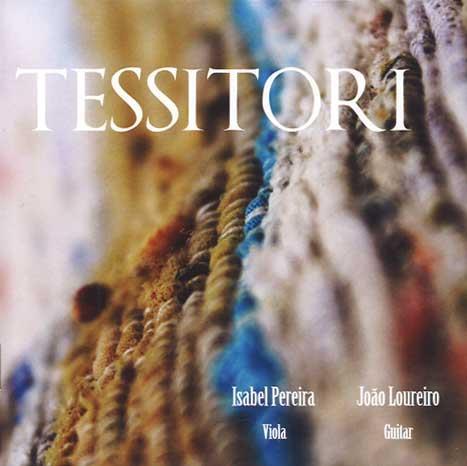 There is arguably a case for playing Schubert’s Arpeggione Sonata with a guitar in lieu of a piano, this being a quintessential instrument of the Biedermeier period into which the piece was born. The members of the viola–guitar duo Tessitori first came together for a performance of this piece. They have arranged the piano part convincingly, and JoÁo Loureiro plays it with a consistently colourful imagination. He is completely at one with Isabel Pereira who, although her playing is perfectly reliable technically, lets the side down somewhat with some short-breathed phrasing and a sound that lacks tension.

As arranged by Respighi, Vivaldi’s Violin Sonata RV10 was once a repertoire staple of – among others – Nathan Milstein and Erica Morini. It is played on the viola a 5th lower, and has a busy continuo part, also based on Respighi’s setting, which results in some muddy textures that occasionally obscure Pereira’s nicely ‘period’ phrasing and articulation. The opening Moderato (quasi fantasia) – Respighi’s marking, not Vivaldi’s – is played in an almost improvisatory manner, while the Corellian fast movements sound slightly stiff. As with the Schubert, I was most impressed by the duo’s intimate way in the slow movement.

Isaac Albéniz’s Córdoba (originally for piano but also a bona fide guitar showpiece) sounds well in this instrumental combination but, again, Pereira’s sketchy phrasing disappoints. At around 47 minutes, the CD is short-measure, but it is vividly recorded and elegantly presented.