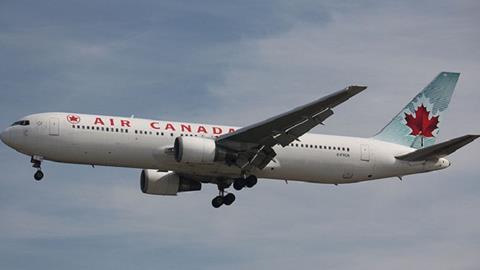 The International Federation of Musicians (FIM) has awarded the inaugural FIM Airline of Choice Award to Air Canada. The body, which represents professional musicians and their trade unions in more than 60 countries, launched the award 'with the aim of improving airlines’ policies so that musicians travelling with their instrument are treated fairly and are fully informed about regulations governing the transportation of musical instruments'.

“Air Canada goes clearly beyond the requirements of the FAA regulation in the US – which today is the benchmark – by offering a 50 per cent discount on a second seat for an instrument when necessary, as well as giving priority boarding to musicians and their instruments. Air Canada’s policy towards musicians is in our view exemplary,' said FIM general secretary Benoît Machuel.

'It is satisfying to see that the air transport sector is gradually adapting itself to musicians’ needs,' added FIM president John Smith. 'Unfortunately, too many companies still have unthought out policies that are often applied in an erratic and unpredictable manner. This is incompatible with a profession that, by its very nature, involves frequent travelling.'

In September 2015 Air Canada announced several improvements to its carry-on baggage policy for musical instruments, including a 50 per cent discount on any fare to customers purchasing an extra seat for their musical instrument, and the option of pre-boarding the plane to those musicians travelling with carry-on instruments, such as violins, violas and guitars.

The policy changes represented a particularly positive development for the airline, which in months prior to the announcement had found itself at the centre of a number of negative news reports: in July 2015 the carrier refused to transport a cello in the cabin – despite an extra seat being bought in advance – blaming a lack of advance warning; and in February 2015 Richard Harwood was refused a ticket for his cello because it ‘exceeded requisite dimensions’.

In 2014 there was widespread condemnation of the airline’s illogical viola transportation policy. At the time, the company’s website stated that violas could not be transported as carry-on baggage, despite the fact that violins would be allowed in the cabin provided there was room in the overhead bins. The airline subsequently reversed the policy in response to media pressure.

Last year the FIM published a rating system of airlines’ musical instrument policies as published on their websites. The system ranked policies as red, amber or green according to how accommodating each airline is of musicians’ instruments in the cabin.