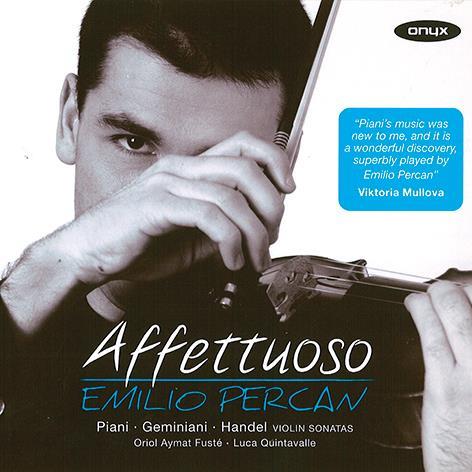 Percan is more convincing in the two sonatas by Geminiani and in Handel’s D major Sonata. Anyone listening to the quick movements will be captivated by the vivacious rhythms, light and airy textures, neat articulation and spirited interchanges between violin and continuo. Sometimes his interpretative approach smacks more of modern than Baroque technique, a conclusion backed up by the photograph on the CD’s cover. His brisk tempos and overzealous ornamentation, coupled with Luca Quintavalle’s busy harpsichord continuo contribution, also occasionally reduce the music to slick anonymity. However, the unassuming eloquence of the slower music is tellingly captured, notably the Adagio of Geminiani’s Sonata no.8, enhanced by some winning rubato, and the Larghetto of Handel’s Sonata.