Bridging the gap between acoustic instruments and digital sound design 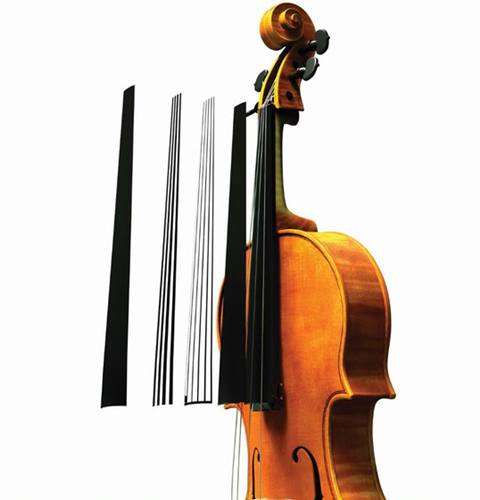 Violist Rafał Zalech and Alessandro Baticci, a flautist, were studying composition together in Vienna when they realised they had the same idea. ‘We were interested in expanding the range of sounds available to us beyond traditional live electronics and extended techniques,’ Baticci explains. ‘Rafał was working on a system that could transmit information directly from an acoustic stringed instrument to a sound workstation and notation software, and I was trying to do something similar for winds.’

The result, Digitaize, is a MIDI-input digital mapping system for violin, viola, cello and double bass that comprises one sensor installed underneath the fingerboard and another on top of it, underneath the strings. The first contains two microphones, a gyroscope and a wireless Bluetooth transmitter, while the second tracks the position of the player’s fingers and their contact with the strings.

Although Baticci and Zalech were motivated by a desire to expand the artistic horizons of their work as composers, they are currently developing a special version of the software tailored to educational settings. ‘Teachers often place colourful stickers on their students’ fingerboards to show them where to press down on the string,’ Baticci says. ‘Because Digitaize software tracks exactly where each string has been depressed, the screen could show the student where their finger is, compared to where it ought to be, for example. The gyroscope, meanwhile, can show the teacher – who might not be in the same room – how well the student is holding their instrument.’ Fans of the Guitar Hero video game series will be familiar with another of the pair’s ideas: ‘You could have a set of “active” points on the fingerboard,’ explains Baticci. ‘If you hit the right ones in the right order, the computer plays the notes. If you don’t, it doesn’t. This would allow students to focus on the accuracy of their left hand without having to worry about bowing or plucking the string to check if the pitch is correct.’ Digitaize is available to order now, for delivery later in the year.