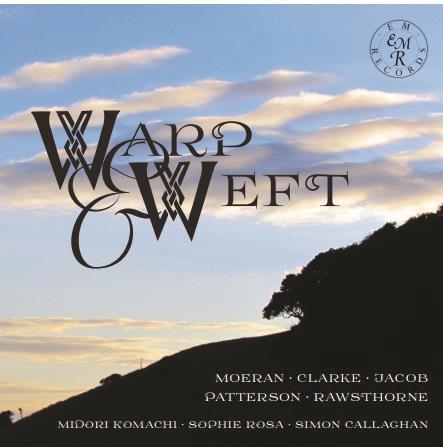 EM Records has put all lovers of English music in its debt with a series of releases that has rescued from oblivion some unaccountably neglected yet treasurable music, with performances to match. On this occasion the focus is on music for two violins, opening with Rebecca Clarke’s exquisite three-movement Suite of 1909, brimful of memorable inspiration and beautifully scored with a haunting nocturne to finish. Midori Komachi and Sophie Rosa play as one, dovetailing their phrases and matching their sound to a remarkable degree, counterpointed by velvet-gloved pianism of ravishing sensitivity from Simon Callaghan and further enhanced by an atmospheric, gently cushioned sound picture.  Also included are two world premiere recordings: Paul Patterson’s Allusions Trio (2016), an expertly written, joyfully colourful and inventive work based on his concerto for two violins; and Gordon Jacob’s Four Bagatelles (1961), which was originally composed as a Christmas gift for violinist David Martin and then disappeared from view until (thanks to some inspired detective work) it was rediscovered for this recording. Moeran’s 1930 Sonata dates from shortly after the motoring accident that helped refocus his dwindling creative energies (the central Presto is especially delightful); and Alan Rawsthorne’s Theme and Variations is a dazzling, virtuoso sequence that Komachi and Rosa bring thrillingly to life, revelling in its neo-Classical exuberance and contrapuntal nuancing.  JULIAN HAYLOCK