The first female to be appointed to the role in the orchestra's history, Frankel has served as the Symphony's acting concertmaster since September 2016 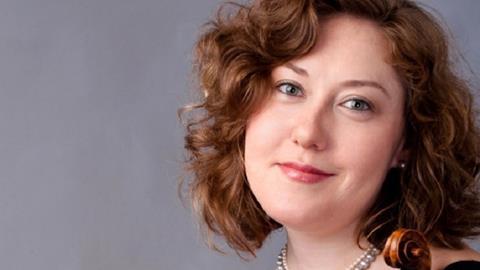 The Columbus Symphony has named Joanna Frankel as its new concertmaster.

The first female to be appointed to the role in the orchestra's history, the Philadelphia-born violinist has served as the Symphony's acting concertmaster since September 2016. She will take on the position permanently in September for the beginning of the 2017-18 season.

A graduate of the Juilliard School in New York, where she received the William Schumann Prize, Frankel has performed as a soloist throughout the US, as well as in Russia, The Netherlands, Czech Republic, Estonia, Slovakia, Finland, The Middle East, Zimbabwe, and South Africa. From 2013-16 she served as first concertmaster of The KwaZulu-Natal Philharmonic in Durban, South Africa, and first violinist of the KwaZulu-Natal Philharmonic Principal String Quartet.