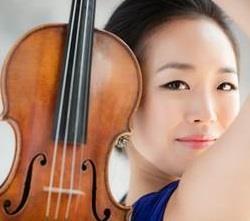 'I am thrilled to be joining the Cleveland Orchestra and becoming a part of an organisation with such a long and illustrious history,' said Lee.  'I am especially excited to be making music with Franz Welser-Möst and the fantastic artists of the orchestra as well as the guest soloists and conductors who will be joining us during the season.'

A Juilliard and Curtis School school graduate, Lee won the Grand Prize at the Concert Artists Guild International Competition in 2005, and has appeared as a soloist all over the world. She was a long-time member of the Johannes String Quartet and of the Chamber Music Society of Lincoln Center Two, has toured frequently with Musicians from Marlboro, and is a member of the conductor-less string ensemble ECCO (East Coast Chamber Orchestra).