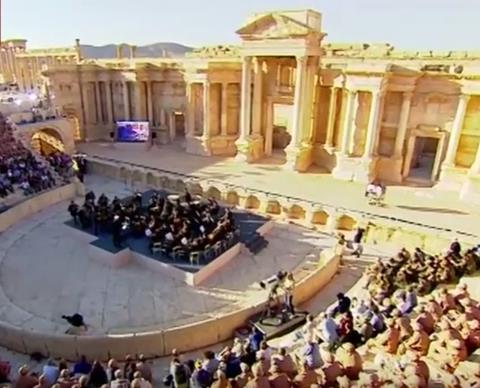 Valery Gergiev conducted the Mariinsky Theatre Orchestra in a concert at the ruins of Palmyra, Syria yesterday. The historic site was recaptured from the so-called Islamic State (IS) by Syrian forces backed by Russian air strikes in March.

The orchestra performed works by Bach, Prokofiev and Shchedrin at Palmyra's Roman Theatre for an audience of Russian soldiers, government ministers and journalists. Soloists at the performance included Russian cellist Sergei Roldugin, who last month was linked to offshore companies in the Panama Papers. He denies any wrongdoing.