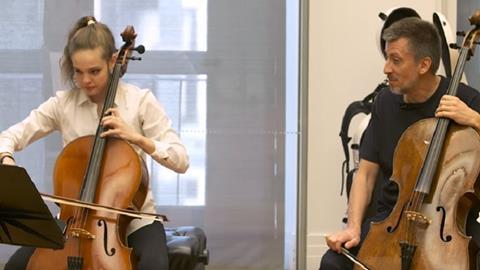 The masterclass was one in a series given by members of the Berlin Philharmonic over three days, focusing on orchestral repertoire and audition preparation, at New York’s Carnegie Hall in 2015.