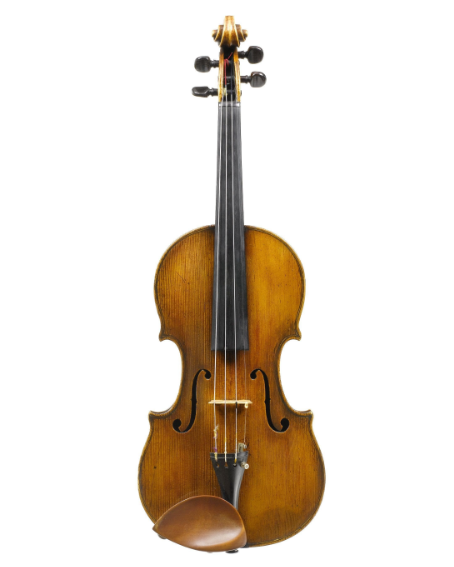 Last October, there were nine musical instrument sales in London. There was an almost tangible sense among those many sales that there was simply too much on offer – and, worse, not of a sufficiently high quality to justify the sense of pressure that pervaded the season.  So the fact that March offered only three sales – with a further couple following in early May at a discreet distance – meant there was an atmosphere at the views that was much more convivial, and conducive to constructive and interesting buying.

Although Amati’s March sale did not show many lots of particular interest, its later May sale yielded not only some interesting gems – such as a silver-mounted Lamy cello bow that realised £11,780, nicely in the middle of its realistic estimate of £8,000 - £12,000 – but a particularly clean and fine example of a Vuillaume cello, dating from 1846.  Its £80,000 - £120,000 estimate generated a lot of bidding (and a lot of trying out, if the constant sound of the Prelude from Bach’s G Major Cello Suite coming from the viewing room was anything to go by) and a final premium-inclusive price of £148,800.

Tarisio’s March sale had a number of very attractive bows: a gold and tortoiseshell-mounted Kittel cello bow (with a striking tortoiseshell button) and beautifully elegant round stick was sold for £110,000 (against a £90,000 - £150,000 estimate); a Tubbs bow with no eye but nevertheless very good-looking made £5,000 on a £4,000 - £6,000 estimate, and two silver-mounted Sartory bows – with lower estimates £17,000 apart – made £26,400 and £42,000 respectively.  The heavier bow made the higher price, but both bows had considerable provenance and were buoyed by certificates to support them.

Tarisio also offered a very pretty Fagnola viola, with an estimate of £60,000 - £90,000.  It made £70,800 and was a classical example of Fagnola’s work, if a little on the small side at 40.1cm. It was one of several violas that were on sale this season: Ingles and Hayday also offered some 19th and 20th-Century violas in the form of a Beare's-certified Piatellini with a very broad back that contrasted beautifully with its extremely tight curl, and bold and broad grain on its front, that was estimated at £35,000 - £50,000 and saw £60,000.  They also offered a Rocca viola, which – although clearly not a sleeper – was more under the radar than it deserved in this sale.  Had it been a Rocca violin, there would have been far more interest, but in the event this very attractive viola made a healthy £168,000 on an estimate of £150,000 - £200,000 coming, as it did, with Vatelot certificates.

The array of attractive instruments available at ‘new generation’ bricks-and-mortar houses Ingles and Hayday and Brompton’s raised the question again about whether the internet is the natural home for successful instrument sales (Tarisio also made a similar and impressive seven-figure sum).  While internet buyers require reassurance that the sale is open and honest, the evolution toward online sales will surely continue over the coming auction seasons.

Further evidence of this trend was evident in the end of the Bonham’s department, which offered its final sale this season (having held out the longest of all the musical instrument departments at the mainstream auction houses) with a Pressenda violin that made £30,000, a Cuypers that saw £20,000 and a beautiful Maggini that belonged to the late concert violinist Edith Volckaert, which failed to sell at its perfectly reasonable £300,000 - £400,000 estimate due to a last-minute question about attribution brought about by its dendrochronology (not one that would have altered its value, merely its attribution).

It was nevertheless unassailable that the top lots in this particular, small-scale season of sales were to be found at the most old-fashioned of the ‘new’ auction houses.  Ingles and Hayday’s Balestrieri violin (which was supported by a Jacques Francais certificate and substantial provenance) made £420,000, over and above an estimate of £200,000 - £300,000. It was unsurprising, given the intricately carved tailpiece and elegantly understated varnish on the one-piece, broad and flat-arched back, that the price set a new world record for the maker. It was an interesting example not only of the narrow stratum of instruments that lies beneath del Gesù, Stradivari and Bergonzi, but whose quality exceeds that of Fagnola, Scarampella and Vuillaume, but simply of an Italian instrument of its age (made in 1775) that is in such hard-to-find healthy condition.

It was, though, the two top lots at Brompton’s that gave the strongest glimmer of the glamour of the old-school auction house before the turn of the 21st century.  The first was a composite del Gesù, previously owned by an American doctor, Patrick Daoust, who used it for chamber music. Although the top was not del Gesù (and not an attractive replacement), the scroll and beautiful one-piece back, with a wide and bold curl, were nevertheless the work of the maker and the violin sold for £360,000.  But it was the ex-Brodsky Guadagnini, sold without a published estimate, that caused the biggest stir in the sales this season.  A former instrument of the eminent violinist, Adolph Brodsky – who premiered the Tchaikovsky Violin Concerto, although it has not been established whether it was on this particular violin – it was made in Guadagnini’s mature Milan period and has a two-piece back with an even wilder and bolder curl than the del Gesù, under a startling golden red-brown varnish more commonly associated with Fagnola.  The violin was sold to a private musician outside the EU for £576,000.

The Ex-Brodsky, an important violin by Giovanni Battista Guadagnini, Milan 1757

Property of the late Anny Halász

A Dutch violin by Johannes Cuypers, The Hague 1794