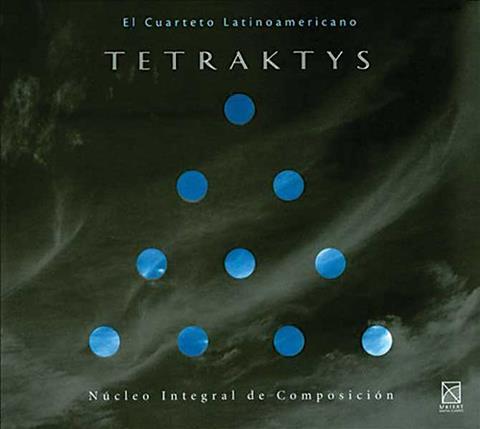 It’s certainly a laudable project – a collaboration between Mexico City’s Núcleo Integral de Composición composers’ institute and the Latin American Quartet to perform and record new works for string quartet by ten young Mexican composers, many of them writing for the medium for the first time. And although the results are unavoidably mixed – in his Chandrian, for example, Mateo Nossa sounds unsure of what to do with his palette of extended techniques – the disc offers a fascinating insight into new music from a seldom-sampled source.

What emerges most strongly, both in the works and in the Quartet’s committed playing, is a joyful sense of rhythm: in the driving syncopations of Eugenio Casillas’s Fibonacci on the Beach, for example, or the vividly delivered, tango-like sultriness of Eduardo Palacio’s dream-inspired Onirik. Most immediately appealing is Juan Andrés Vergara’s Adams-esque 3DOKU, inspired by (you guessed it) 3D sudoku, whose helter-skelter figurations allow the quartet players to show off their remarkable range of tone, attack and phrasing – alongside their exciting rhythmic precision.

Other highlights include the desolate Ciudades suspendidas by Jean Angelus Pichardo, full of angry yet precisely controlled gestures, and Miguel Rivera’s Jackson Pollock-inspired White Abstract, brought to urgent life in an energetic performance. Sound is closely captured but balanced.