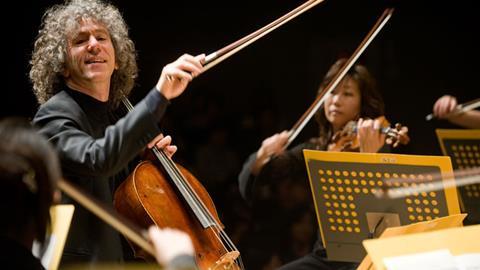 The British cellist will present regular masterclasses and work with students on ‘side-by-side’ ensemble projects. His appointment is named after the 1726 Stradivari cello from the Academy’s collection, currently on loan to him.

‘Having been both formally and informally involved with the Royal Academy of Music for many years now, I am delighted that I shall be increasing my involvement through my appointment as Marquis de Corberon Visiting Professor,' said Isserlis. 'I believe that the Royal Academy is going from strength to strength — it’s an inspiring and vital beacon of hope’.