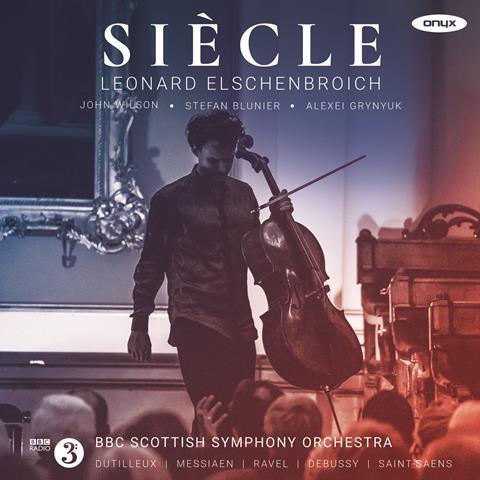 Captivating lyrical journey into turn-of-the-century French cello music As the title suggests, this album presents a century of French writing for the cello, and in Leonard Elschenbroich’s hands, what an absorbing journey it proves to be – undertaken backwards, from Dutilleux (1970) to Saint-Saëns (1872). Even in the prayerful stillness of Messiaen’s ‘Louange’, Elschenbroich employs a fairly narrow and quick vibrato,  which speaks urgently yet without undue pressure.  His speeds are generally lively (breathtakingly so in the finale of the Saint-Saëns), and the sense of a ready communicator via the microphone is enhanced by a democratically balanced partnership with Alexei Grynyuk, and a discreetly spotlit prominence in the concertos.  As might be expected, Elschenbroich works more from within than from outside the orchestral ensemble, unlike Rostropovich (for whom the Dutilleux was written), but he is not shy of a virtuoso flourish (there’s terrific wit to the parade of Baudelaire grotesques in the Debussy Sonata), or a high cantilena that commands rather than pleads for attention in the second, slow movement of Tout un monde lointain… His unsentimental approach to the Saint-Saëns seems absolutely right: it’s light on its feet yet lyrically declaimed. This is cello playing that really smiles.  PETER QUANTRILL