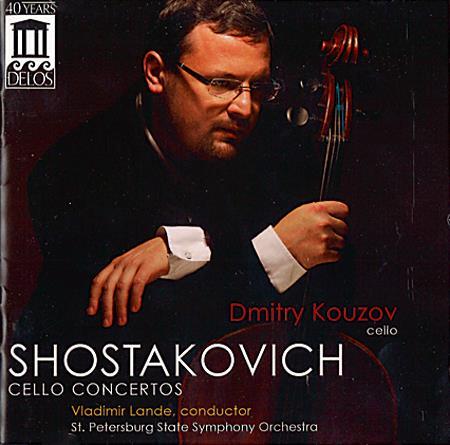 This recording fulfils a dream for Dmitry Kouzov, whose passion for Shostakovich was fuelled by being born in the same city, St Petersburg, growing up surrounded by people who knew him, and studying the First Cello Concerto with Rostropovich, its dedicatee. You can feel his personal involvement in these convincing interpretations, recorded two years ago.

Kouzov’s punchy, well-focused entry in the First Concerto grabs our attention. The movement’s tension is palpably maintained and towards the end he demonstrates the delicacy of touch that is a hallmark of his playing. But when intensity builds towards the end of the cadenza, the solo line is too controlled, and the finale is rather lacking in excitement as well.

Concerto no.2’s introspection suits Kouzov’s playing, and its sombre solo opening grows beautifully in his hands. Passages of delicate detail are once again beautifully accomplished, and I really like his characterisation of the scherzo, with its jaunty street-seller’s song growing increasingly desperate and its indecent glissandos. In the last movement, Kouzov finally seems to let go of his inhibitions, with a heartfelt statement at the opening, poised playing of the little march and plenty of lyrical eloquence. The sound quality is clear and open, with solo instruments very closely recorded.