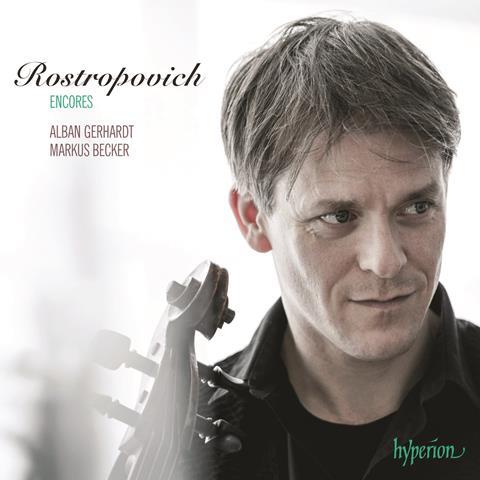 This is a fascinating selection that collects together some of the most captivating encores in the cello repertoire, opening with a fizzing performance of Rostropovich’s own Humoresque of which even the great man would surely have been proud. Although it wasn’t Alban Gerhardt’s intention to emulate the Russian’s playing directly, it is quite uncanny how close he comes at times – not just temperamentally but also tonally – to Slava’s all-encompassing sound world, perhaps most strikingly in Glazunov’s haunting arrangement of Chopin’s C sharp minor Etude. At times in the more explosive and quickfire numbers, especially in the unstoppable forward momentum of Popper’s Elfentanz and Sinding’s Presto, if one closed one’s eyes one could almost imagine it were Rostropovich playing.

That said, Gerhardt is very much his own man, and in Rachmaninoff’s Vocalise, Debussy’s Clair de lune and Ravel’s Pièce en forme de habanera he achieves a wistfully poetic grace and calm that effectively trumps Rostropovich’s tendency to over-project gentle miniatures. Gerhardt also discovers a piquant litheness and uncluttered ease in Stravinsky’s Russian Maiden’s Song that is all the more effective for avoiding the imposing, bear-hug, massive projection of Rostropovich in full flow. Enhanced by lucid and expertly balanced engineering, this is a highly engaging recital.