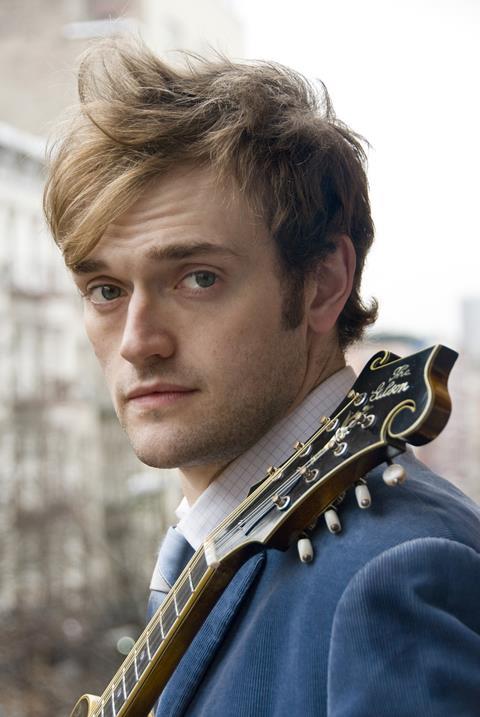 I love playing the violin. Of course I do. But there’s always been a tiny part of me that wanted to play something more (how shall I put it?) hip. At the height of a Beatles obsession, I even bought a guitar and a ‘Teach Yourself the Beatles’ video, and stopped its frames it until I had learnt Blackbird. Then the guitar went back in its case and was never heard again. The chord structures were too complex and the switch between scales on violin and guitar too confusing.

Then one day I learnt that the mandolin has the same tuning as the violin. In need of musical inspiration and diversity, I went to a guitar shop and purchased one of the cheapest mandolins I could find. Playing it was an instant joy, as I found myself able to reel off violin music that I’d played for decades. That’s the kind of work ratio I like. It may not have sounded perfect, but I was captivated by the sound. As I got to know the instrument better, I realised that not only did I have a head start on the mandolin, but that I could also feed what I was learning back to my violin playing. Along the way I asked advice from Chris Thile, one of the world’s leading mandolin players, inspired by his feats of virtuosity, both classical and folk.

The easy thing about taking up the mandolin is that the left hand seems to know what it is doing. On the other hand, there is the other hand – which in my case was in chaos. Where to put it? Rest it or let it hover? How to hold the pick? According to Thile my confusion was not surprising: ‘One of the main problems of being a mandolin player is that there is no generally accepted standard of technique,’ he admits. He goes on to explain the first moves: ‘You should attempt to play as anatomically correctly as possible. Start with the pick, hold out your right hand totally relaxed, not anticipating the pick being placed. Then insert the pick and grasp it with as little movement as possible, so that you’re changing yourself as little as you can. Allow your right hand to flop over the strings and see where that gets you. My wrist – or rather the heel of my palm – rests just behind the bridge. You’re trying to get as far up as you can without muting the string, because the sweet spot is where the fingerboard ends.’

With no muscle memories associated with plucking the strings at first I couldn’t even gauge where they were without looking so I had to watch them. According to Thile this initial sense of disorientation is to be expected: ‘The thing that translates the best is the left hand, so all your attention needs to go in figuring out the pick initially. That’s where all the technical problems of being a mandolin player come from.’ For me Kreutzer Study no.7 worked well for familiarising myself with the distances between strings and gaining control. Thile is also a fan of violin scale books: his use of Galamian and Flesch systems may account for his ability to scamper around the fretboard.

Thile’s sound is notable for its softness and liquidity – a far cry from the brash, twangy noise one associates with the mandolin, what he calls the ‘pointy, high-end sound of lovers on a gondola’. He suggests an exercise for making a nice tone: ‘A great thing to practise for both hands is to take a note, say an E on the D string, and go back and forth with the right hand with as little tension as possible, making sure you’re never choking that note. You should be able to sustain that note for two or three minutes without getting tired.’

One of the shifts in perception that I’ve found as a violinist playing the mandolin is in the production of sound from being seemingly under the ear to existing in the space in front of you. It seems easier to be objective about the sound that comes out of the mandolin because of this distance, and it’s useful to try to bring this objectivity, and the process of exploring sound possibilities, back to the violin.

It would be nice to think that because the mandolin has frets it’s easy to play in tune. However, if your finger is not exactly on the right spot the sound is muffled, so you have to be absolutely accurate. Again, this is a useful conception to bring back to the violin – you’re either in tune or you sound horrible.

Tuning the instrument is certainly not for the faint of heart, though, with its double set of strings. I’ve often found myself turning a peg with no discernible difference in pitch only to discover that the string next to the one I’m tuning is two tones sharper. Again, this is a matter of practice – and patience.

Instinctively, before even trying folk music, the first thing I played was Bach. Playing Bach sonatas and partitas on the mandolin is revelatory. No longer do you struggle with the voicing of chords – on the mandolin everything makes sense. In the slow movements you get beautiful ringing chords, but never at the expense of the timing of phrases as is often the case when negotiating with the bow. In the fast passages notes hang in the air, pointing the harmonies in a totally fresh way. To witness how Bach can be invigorated on the mandolin, watch Thile on YouTube playing the Gigue from the D minor Partita or the Prelude to the E major Partita. The delicacy and freshness of the sound is ear-opening, the subtlety exquisite.

Thile explains the advantages of playing Bach on the mandolin: ‘When you hear Szeryng or Grumiaux play the four-part chords there’s a lot of force required to play all four strings. Or you can play them as broken chords, which makes a pleasing sound but changes the rhythm. For the mandolin these are as natural as pie, so all of a sudden you can completely reinterpret Bach. Some of the big four-part chord sections can be the more tender and delicate moments of the pieces instead of always being the big climax. Playing the mandolin will help your Bach, just because of being able to play the music completely as written, without having to break chords. It won’t be as rewarding in the slow movements, but even those have a certain frailty that’s appealing.’ I haven’t yet acquired quite the stamina for some of the more contortionist four-part chords on the mandolin, but after even a short time trying, coming back to playing them on the violin seems remarkably comfortable.

As Thile confirms, there’s also much excitement to be had in exploring other violin repertoire: ‘At one point I learnt the Beethoven Violin Concerto, and the Barber Concerto is great on the mandolin, particularly the last-movement moto perpetuo.’

I’ve also found that taking orchestral parts I’m learning on to the mandolin is an effective way of bedding them in. Somehow the fresh approach, a different type of listening, helps to circumvent some of the bad habits that I have when practising the violin. For fast passages I also wonder whether having the visual cue of the frets is an added stimulus to the memory.

My main concern about learning the mandolin was that the force required for chords and using the right hand might cause tension. Thile is clear that you have to be free. He says, as no doubt a violin teacher would, ‘The less you restrict the movement of each joint, from the shoulder to the last knuckle on your first finger, the more freedom of motion from all of those joints you will have.’

According to Thile, the extra strength required to hold down mandolin strings is balanced by the more natural hold. He explains, ‘There’s a big stress release when you’re approaching the instrument straight on instead of twisted, once your hand gets familiar with it, as far as not having to rotate your arm and wrist to get to the violin fingerboard. The difference in force is made up for by the slightly