Auspicious debut reveals insightful perspective on black and US music 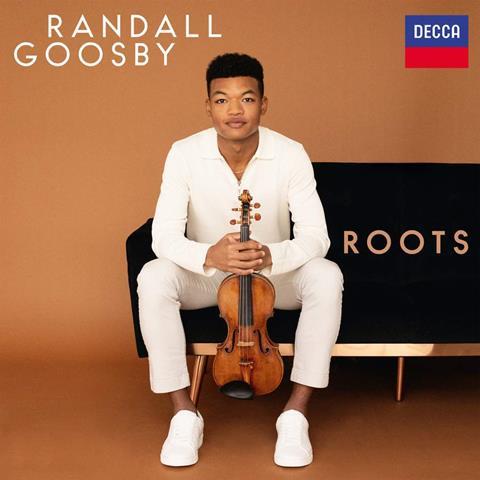 How to open a debut disc is always a dilemma, but few ambitious strings soloists would opt for their all-important first notes to be heard through the prism of a string duo. So the fact that 24-year-old American violinist and YCat artist Randall Goosby has done exactly that, pairing up with young double bassist-

It’s a knockout curtain-raiser, and the ensuing programme honouring black contributions to the classical music tradition – Goosby is the son of an African–American father and Korean mother – also hits one other notable bullseye that young artists regularly miss. Namely, saying something about who he is via under or unrecorded music that’s genuinely attention-grabbing and worthy of repeated listening – two qualities Goosby himself shines with.

Closing the programme, Dvořák’s Sonatina in G major is another triumph. One of the two works here by non-black composers who respected and admired their African–American and Native American contemporaries, it has significantly more audible American roots than usual – partly thanks to the preceding works, but also clearly through Goosby’s rare, 360-degree perspective on the American classical tradition.