World-premiere recordings that beguile and entrance 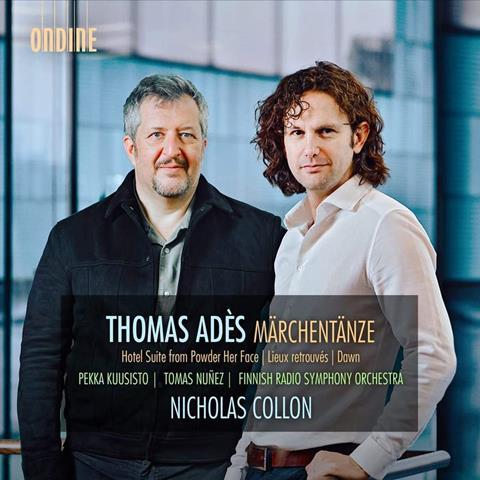 Although it may at first appear an unlikely source for four world-premiere recordings of recent works by Thomas Adès, this devotedly performed and sympathetically engineered album was inspired by an Adès Festival presented by these artists in Helsinki in autumn 2021.

For readers of The Strad, the main item of interest will probably be Märchentänze (‘Dances from Fairytale’, 2020), a four-movement suite originally for violin and piano, and subsequently orchestrated, played by long-term Adès champion Pekka Kuusisto. This is one of Adès’s most immediately approachable scores, featuring two exuberant dances framing a hauntingly elegiac meditation and a movement evoking the skylark. Throughout, Kuusisto demonstrates an intuitive feel for the work’s enchanting rusticity.

Of similar length and also cast in four movements is the orchestral version of 2016’s Lieux retrouvés (‘Rediscovered Places’), originally for cello and piano. This is a darker, more introspective work than Märchentänze, throughout which Adès solves the notorious problem of balancing solo cello and orchestra with intuitive ease and an exuberant ear for colour and texture. Tomas Nuñez traces the music’s emotional contours with compelling immediacy.

Also included here are beguiling performances of the ‘Hotel Suite’ from Adès’s 1995 opera Powder Her Face, and 2020’s ravishingly atmospheric Dawn, subtitled ‘Chacony for orchestra at any distance’.