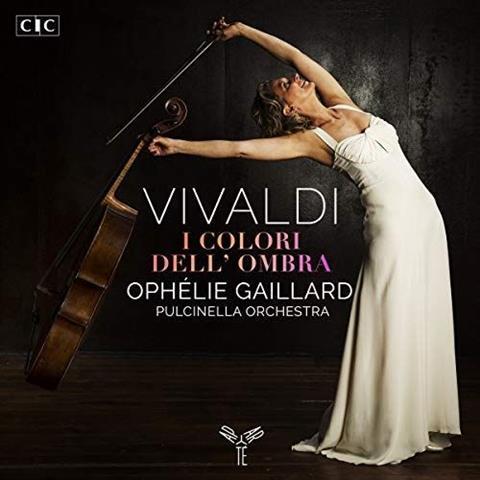 Ophélie Gaillard and her creative team have fashioned an exciting sound world in this Vivaldi album, entitled The Colour of Shadows. Enhanced by the church acoustic and made richer by the variety of continuo instruments – the gentler sounds of harp, guitar, bassoon, organ and psaltery as well as the clatter of the harpsichord – the recording’s colours feel more vivid, the texture has more depth and the works leap off the page with an infectious energy.

The concertos selected span Vivaldi’s career, from his early G minor Concerto RV416 with its passionate flurries of semiquavers and episodic form to the more refined and elaborate late B minor Concerto RV424, whose slow movement has a dream-like quality in Gaillard’s hands.

Gaillard plays her 1737 Gofriller cello, made in Vivaldi’s Venice, for the majority of the concertos, its gut strings bringing subtle shades of expression to her stylish and impassioned playing. An anonymous Flemish five-string piccolo cello, slightly less full of tone, plays the high-range works.

It is an inspired idea to break up the concertos with two arias with virtuoso obbligato cello parts. Di verde ulvio shows Vivaldi’s genius for drama, with the cello’s rapid cross-string work under the lyrical vocal line portraying Vitellia’s inner torment – you can practically feel her trembling.