Scottish folk and American blues make for a blissful union 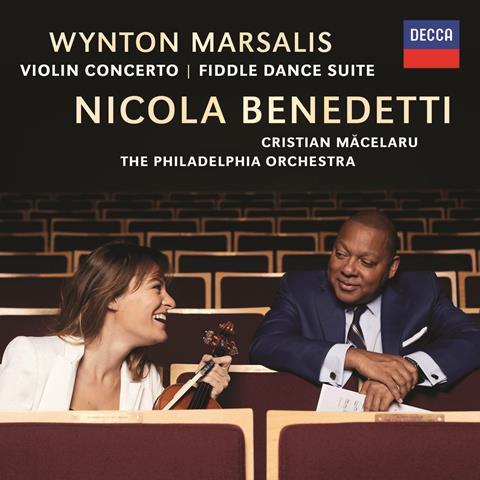 It’s a comparatively rare event to encounter a new violin concerto that manages to sound distinctive, contemporary, accessible and intelligently complex all at once. However, that’s precisely what jazz supremo Wynton Marsalis has produced with his four-movement concerto for Nicola Benedetti, which celebrates their respective musical heritages of Scottish folk music and jazz.

The opening bars demonstrate this: violin alone on a sustained low note, then suddenly it begins to ascend sultrily and unfurl into a long rhapsodic line, under which a harp ripples upwards, joined by luxurious sustained and lushly harmonised strings. For a few seconds it sounds as though we’re entering the world of Richard Strauss, but as fast as you can make that connection Marsalis turns the tables, conventional tonality suddenly released from its moorings, followed by the violin going ever-so-subtly bluesy. It’s beautiful, unique and modern.

From the perspective of the violinist, the writing is virtuosic but often not flashily so. Instead, think extreme upper-register writing, stylistic transitions to be managed seamlessly, complex rhythms whose constant shifts need to sound organic, and the unusual colouristic demand of evoking the tonal qualities of jazz instruments. Benedetti achieves all the above to what I suspect is a matchless degree, and Măcelaru and the players of the Philadelphia Orchestra, warmly recorded, sound like they have jazz in their very blood.

Highlights of the solo Fiddle Dance Suite meanwhile include the wistful lyricism Benedetti brings to the spiritual-esque lullaby, ‘As the Wind Goes’, and the way she silkily melds folk style with blues inflections in ‘Nicola’s Strathspey’. Highly recommended.