Persuasive exploration of Beethoven’s influence on his contemporaries 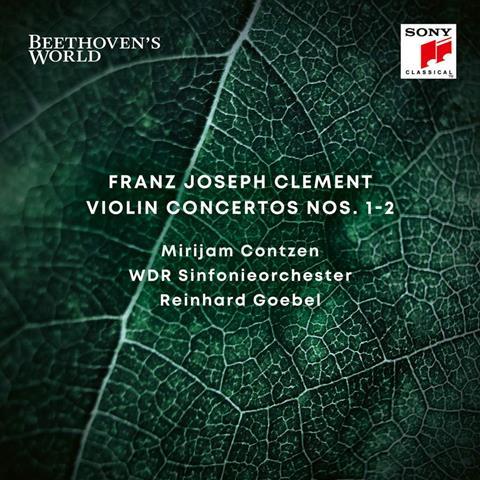 The Strad Issue: May 2020
Description: Persuasive exploration of Beethoven’s influence on his contemporaries

Works: Clement: Violin Concertos: no.1 in D major, no.2 in D minor

Heading a five-disc project devoted to lesser-known works by Beethoven and influential composers in his circle, this first issue features two violin concertos by Franz Clement, the recipient of Beethoven’s Violin Concerto op.61. Clement premiered op.61 in 1806, shortly after completing his own First Violin Concerto but before writing his darker, more dramatic Second, recorded here for the first time. The various similarities between these three concertos, resulting from the two friends’ close interaction at this time, make for fascinating listening.

Mirijam Contzen is a persuasive advocate for Clement’s works, adopting a simple, clean-cut approach, disciplined but never too rigid. She marries technical precision, tonal purity, and light athleticism in the challenging passagework of their outer movements, even in the most exposed high registers, and characterises the slow movements with a natural fluidity of line. Connoisseurs will note that her individual approach to bowing ventures well beyond Clement’s published texts and they may crave the addition of extempore ornamentation or criticise her introduction of various unstylish technical features in her cadenzas.

The commendable orchestral contribution, steadily marshalled by Reinhard Goebel, has the woodwind and timpani well to the fore, especially in the buoyant final rondo of no.2, but the resonantly full orchestral tapestry is spaciously captured.