Deliciously refined playing in this warhorse leaves a great impression 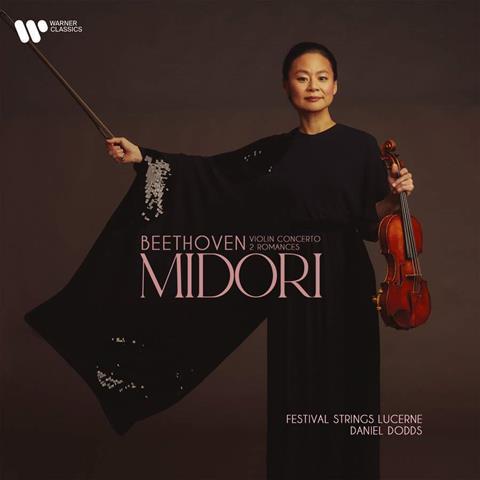 The Beethoven Concerto always sounds at its happiest when played with light-toned purity and deft bow work – when the overall effect is closer to Mozart in overdrive than Brahms on a crash diet. That is partly why, after more than half a century, Wolfgang Schneiderhan’s stereo remake for DG with the Berlin Philharmonic under Eugen Jochum continues to hold sway. And also why Midori’s new recording is such a success. Like Jochum, Midori ensures that Beethoven’s inspired woodwind writing is shaped and voiced with the same degree of sensitivity as the string section, while encouraging the latter to play with chamber-scale precision and articulation – the heavenly, chorale-style textures that open the slow movement possess a string quartet-like intimacy.

Yet above all, it is Midori’s exquisite tonal refinement that leaves the greatest impression. Those familiar with her early recordings would hardly recognise this as the same player. Her trademark intonational purity and agility are as remarkable as ever, yet are now tempered by a silvery, seamless cantabile which radiates airy poetic introspection rather than concert-hall heft. Most revelatory of all is her dynamic range which, rather than focusing on mezzo piano and above, develops from mere whispers of sound, with only the customary Kreisler cadenzas – Schneiderhan plays his finger-crippling transcriptions of Beethoven’s cadenzas for the piano transcription – inspiring anything approaching fortissimo rhetoric. The dancing finale goes with a swing and the two romances are played (rightly) as delicately inspired miniatures, rather than Romantic espressivo vehicles in the Bruch or Korngold mould.