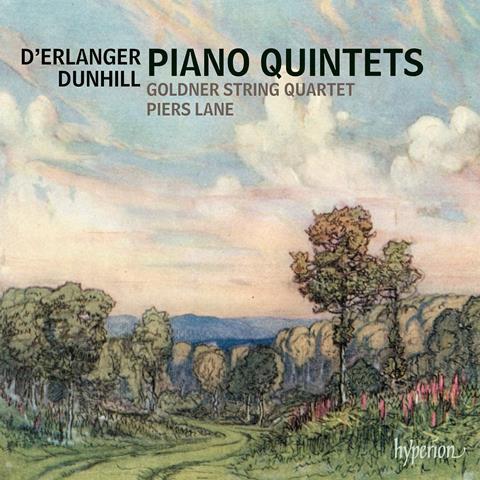 Description: Tobacco and banking dynasties are the unlikely sources for two distinct voices

These two piano quintets date from the earliest years of the 20th century and, while never being as distinctive as Elgar’s later essay in the medium, both display a mixture of charm and depth of feeling that makes their resuscitation here welcome and worthwhile. Baron Frédéric Alfred d’Erlanger (1868 –1943) was a naturalised Briton born in Paris of German and American parents, part of a banking dynasty in which he would later work himself. He is better remembered, if at all, for his financial patronage than for his compositions, which included a Violin Concerto premiered by Kreisler. But despite his wealth, his Piano Quintet of 1901 shows him to have been more than a mere dilettante as a composer – it’s a rigorous, cyclical work in C minor, typically pan-European Romantic but wearing its influences lightly.

Thomas Dunhill (1877–1946), brother of the tobacco purveyor, was a leading figure in London’s chamber music scene, and his Piano Quintet of 1904 is another serious work, combining the high-flown lyricism of Fauré with a little hint of Brahms. Less piano heavy than the D’Erlanger, it allows the Goldner players to shine, especially in the intertwining melodies of the heartfelt Elegie. Indeed, both quintets receive ideal, attentive performances, lovingly shaped and paced and with only the slightly recessed piano sound detracting from the experience.