Dennis Rooney attends a recital of Haydn, Schubert and Shostakovich at New York’s 92Y on 6 November 2021 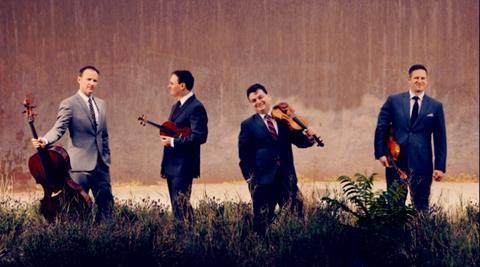 Hearing a concert in this room for the first time in several years reminded me of how tricky its acoustics are. Just a few feet in placement on stage can produce a wholly different effect on both the players and the audience. The Jerusalem Quartet is celebrating its 25th season this year. Unfortunately, the aforementioned stage acoustics dimmed one’s pleasure in hearing them in person for the first time.

Leader Alexander Pavlovsky seemed to have difficulty with the focus of his sound, and the opening measures of Haydn’s Quartet in F minor op.20 no.5 had some tentative moments before the ensemble coalesced. Even then, Pavlovsky and second violin Sergei Bresler were frequently less than perfectly attuned in both pitch and ensemble. Violist Ori Kam and cellist Kyril Zlotnikov produced plentiful low-register sonority which anchored the ensemble nicely. The fugal finale of the opening Haydn led to the innocent-sounding opening measures for violin and cello of Shostakovich’s Seventh, and shortest, String Quartet, composed in early 1960 in memory of his first wife. The opening material returns at the end of its three short attacca movements, the essence of each the players projected unerringly in what was the musical high point of the evening.

Joined by Amanda Forsyth in the first cello chair, the programme ended with Schubert’s glorious Quintet in C major D956. Despite much beautiful playing, including the expressive sound of Forsyth’s 1699 cello by Carlo Giuseppe Testore, it too often seemed unsettlingly rushed, especially the Adagio.