Robin Stowell reviews a book released in Italian in 2010, translated into English for the first time 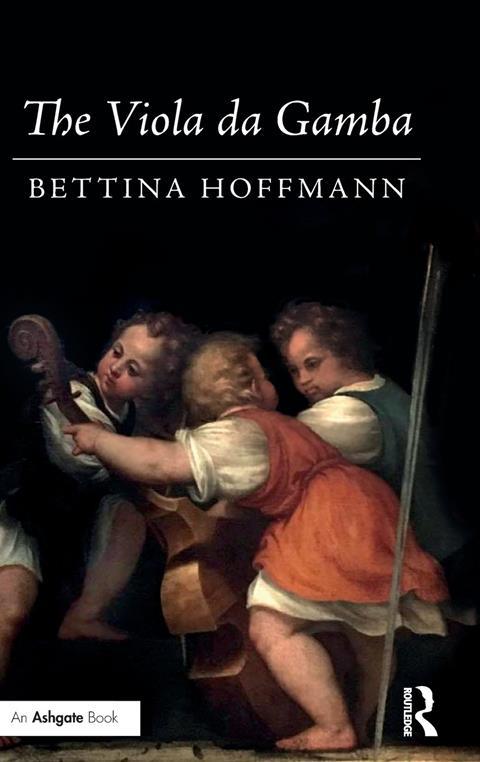 2010 was an extraordinary year for gamba devotees, witnessing the publication of two major books about the instrument and its history, Peter Holman’s Life after Death and Bettina Hoffman’s La Viola da Gamba; the latter has since also appeared in German and, more recently, in this English translation. Differing somewhat from Holman’s weighty, erudite Britain-centric study, Hoffmann’s volume is a well turned-out, more general history of the instrument in all its aspects, written in a style immediately accessible to the interested non-specialist.

Clearly structured in six chapters, each divided into convenient subsections for easy navigation, Hoffmann’s book starts with the basics, providing simple definitions of the viol family and other related instruments and examining various iconographical problems arising. It also outlines these instruments’ role in the upper echelons of society, their various tunings and archival descriptions of their sounds. A general discussion of the viol’s anatomy and differing construction techniques follows, embracing also strings and stringing, problems of compatibility between frets and historical temperaments and the characteristics of bows. The family’s antecedents are examined in the third chapter, including their playing positions and musical and social functions as well as various innovations introduced in the early Renaissance.

The centrepieces of this magnum opus deal in turn with the strangely episodic nature of the instrument’s favour in the Renaissance and in the Baroque and Classical eras. Erring on the side of caution, Chapter 4 surveys the viol’s early development, increased recognition in Europe c1510-50, repertoire and musical functions, tunings and their consequences, playing techniques, construction and makers. Chapter 5 embraces themes in common with its predecessor but is organised more geographically, focussing in turn on Italy, England, France, the German Empire and the Netherlands. It recounts, for example, how viols were superseded by the violin family in Italy and became stigmatised there and charts the ‘happy period’ for the viol in England during ‘The Golden Age’ (c1600-60) before its public disappearance after c1730 and its brief revival (c1760) with Karl Friedrich Abel; it also considers the contribution of Michael Praetorius, among others, to the instrument’s history in Germany, along with the principal German and Dutch composers associated with viol consort and solo viol music (Telemann, J.S. and C.P.E. Bach, Johann Graun, Christoph Schaffrath, the Hesses, Johan Schenk, Gottfried Finger et al.). Most space is rightly allotted to the viol’s spectacular ascendancy in France during the seventeenth century, prompted by its additional strings, developments in construction and playing techniques and the contributions of virtuosos such as Maugars, Hotman, Du Buisson, Sainte-Colombe, Demachy, Marais and the idiosyncratic Forquerays. Reasons for the viol’s loss in favour are also posited. The final chapter, comparatively brief, considers the various attempts at the instrument’s revival (although it never died out entirely) and looks positively to the future.

Apart from some minor cavils and a couple of typographical errors, Ferguson’s translation reads coherently and fluently and makes available in English for the first time some of Hoffmann’s numerous citations from a wide range of authoritative primary sources. Hoffmann’s interpretations of instructions from these sources are those of a seasoned gambist, cellist and pedagogue who is well versed and practised at implementing the various technical and expressive details raised. Furnished with extensive endnote references for each chapter, including original language texts of the citations, 125 illustrative examples (including paintings, engravings, diagrams, photographs and music extracts), mostly clearly reproduced, a user-friendly glossary of technical terms, an extensive bibliography separating historical sources and modern studies of the instrument and a fully functional index, her happy fusion of theory and practice results in a valuable contribution to our general understanding of the viol.