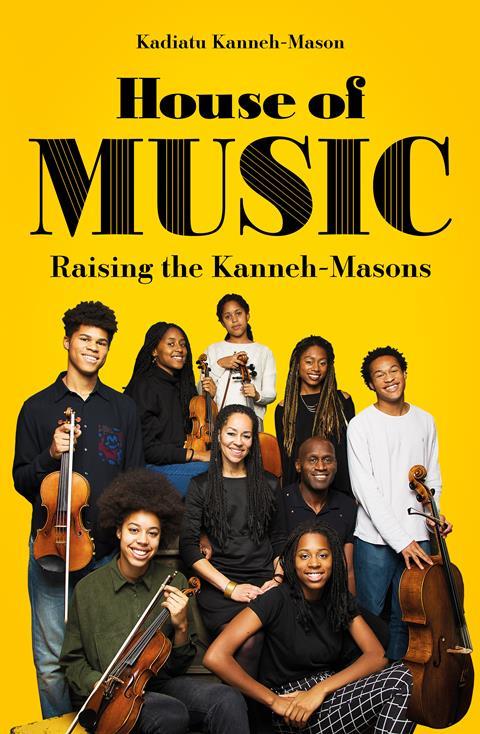 House of Music: Raising the Kanneh-Masons

‘Is it just their Mum saying how wonderful they all are?’ asked a friend when she saw this book. It so easily could have been, and of course Kadiatu Kanneh-Mason, a former lecturer in English literature, is openly proud of her children’s remarkable musical achievements. But there is no bragging here, just an honest insider view of the ups and downs of family life by the person in the world best qualified to tell it.

We read of the highs of exam successes, competition triumphs, conservatoire scholarships and concerto performances, but also of the lows – Sheku becoming dangerously ill on a train and being diagnosed as diabetic; his older brother Braimah thinking he might never play again after muscle damage from over-practising for auditions; the time when both parents were so exhausted driving the entire family home from a music festival that they drove into a telegraph pole and turned the car over.

The book opens with the moment that shot the family to fame when Sheku, a sixth-former at a state comprehensive in Nottingham, won the title of BBC Young Musician 2016. It then moves back in time to show the heritage of these talented children, looking at the fascinating stories of their four grandparents – from Sierra Leone, Wales and Antigua – and the racism they experienced in Britain in the 1970s. It then traces the family through to the present day, with countless memorable anecdotes along the way.

The sheer hard work and determination needed to bring up a family of seven and somehow manage to give each child the means to succeed is mind-blowing: imagine the work involved in getting the five older children on the 6am train each Saturday to London’s Royal Academy Junior Department, with a packed lunch and the correct instrument and music – no wonder it felt ‘a miracle of achievement’ each week. Consistently readable, this tale of an extraordinary ordinary family is well worth getting hold of.