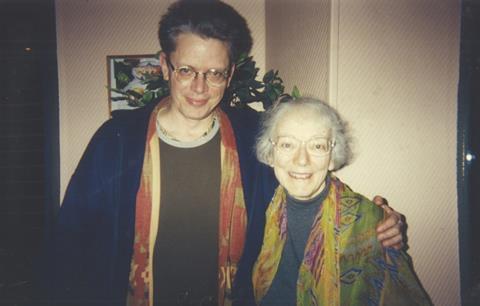 I feel most awake, most alive and most creative when I’m playing with the Kronos. I remember having a moment of clarity when I was 14. I was looking at the globe we had at home and it dawned on me how weird it was that all the quartets I’d played up until that point – by Haydn, Mozart, Beethoven and Schubert – had been written by four white guys of the same religion who all lived in a tiny geographical area.

I realised then that I had to find out what music from other cultures sounded like. I first heard these new sounds in high school, where there was a wonderful collection of music from all over the world. Listening to musicians from places like Indonesia, Ghana and South America made me want to learn how to make different sounds myself. In time, that led me towards establishing what would become the Kronos Quartet.

I had real trouble learning from the European ‘maestro’ kind of teacher – authoritarian people who think their way of playing the violin is the only one there is. After I moved on from my first teacher, a kind and very exacting woman named Ruth Cosby who baked fantastic cookies, it was a long time until I found someone I trusted as much as her.

Veda Reynolds, who I began studying with when I was 21, could hear the essence of the individual inside you and tailored everything to that. A number of her former students came together after her death to remember her. Talking about what she had taught us, we realised that no two of us had had the same experience – she took a unique approach to each of us.

It’s 20 years now since my last lesson with Veda but that doesn’t mean I’ve stopped learning. Inspiration and new ideas come from all sorts of places and I’m always listening out for them. The Indian violinist N. Rajam is one – she plays Hindustani classical music and gets the most incredible sound out of her instrument. I should have known about her 50 years ago but have only just got to know her playing.

Musicians have every reason to be concerned about the environment.  We recently performed alongside Rebecca Solnit, who I think is one of America’s greatest writers. Before we played she read an essay of hers about the effect of climate change on all the raw materials we depend on as players. Maple and spruce for the body of the instrument, abalone for mother-of-pearl and horses for bow hair – nothing is unaffected. The forests Stradivari relied on no longer produce wood of the same quality, and the pernambuco tree is an endangered species.

We have the opportunity to use music in a powerful way that speaks directly to the fact this is a critical time for humans everywhere. I want to use every minute I have to help find a place for music in the activist sphere, energising our ability to listen and our desire to solve problems. I’m actually quite optimistic for the future.

Watch: Kronos Quartet performs One Earth, One People, One Love