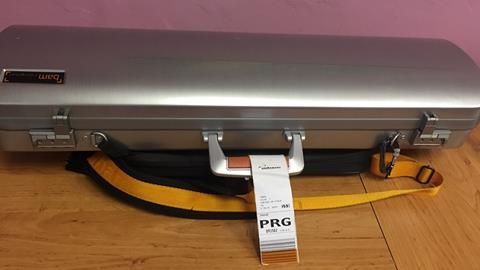 Norwegian Air has refused to refund a €40 'extra luggage' charge to a violinist who wished to carry her instrument as hand luggage.

Back in August violinist Ellen Fjærvoll Samdal (pictured below) contacted The Strad, claiming the airline refused to allow her entry on a flight to Prague because she was carrying her violin and a purse as hand baggage.

The Norwegian musician, whose BAM instrument case (pictured above) contained a valuable 1886 Parisian violin, and bows by John Dodd and Albert Nürnberger, was told by staff at the gate that her violin would have to be checked in as an extra piece of luggage at an additional cost of €40, as she was only allowed one piece of hand baggage. When the violinist offered to discard her purse, a staff member repeated that ‘the violin should be sent as cargo, end of discussion'.  Eventually a flight attendant offered to take Samdal’s instrument on board herself and the musician was able to board the flight.

The violinist made a complaint on 10 August 2016, and three months later, received the following reply:

'We are sorry for not accepting your violin as hand luggage, but we trust in our Norwegian employee to have made the right choice at the gate in Oslo. We can therefore not refund you your €40. In spite of this we hope you will travel with us again'.

In February Norwegian Air changed its hand baggage rules to allow violins and violas inside the cabin in response to widespread criticism from musicians. The airline's website states:

'If you’re travelling with a larger instrument, such as a violin or viola, then you can bring this instead of a carry-on bag. The instrument can be slightly bigger than a regular carry on bag, but must not exceed 90 x 35 x 20 cm and the carry-on weight limit for your fare type.'

Despite this,  Norwegian staff have failed to implement the new policy on several occasions, including suggesting that violist Asbjørn Nørgaard of the Danish Quartet find room for his viola between his legs after refusing to place the item in the overhead lockers. 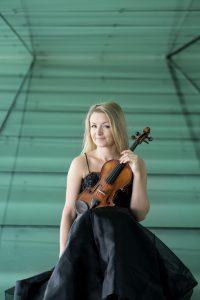