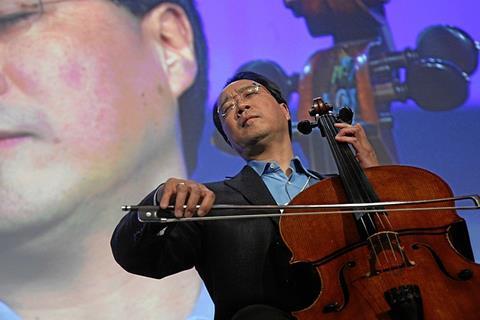 Yo-Yo Ma’s first recording of the Bach: Prelude from Cello Suite No. 1 has hit 100M worldwide streams on Spotify, making him the first core classical artist to reach this number of streams on Spotify with one track.

These pieces are the inspiration behind his most recent outreach effort, The Bach Project, in which he takes the six Suites to 36 different locales. In these performances, Ma plays them in numerical order without intermission, making for over two straight hours of non-stop music making.