Chris Goldscheider claims he suffered ‘acoustic shock’ during Wagner Ring cycle rehearsals in 2012. The case is now at London’s high court with a verdict expected early next week 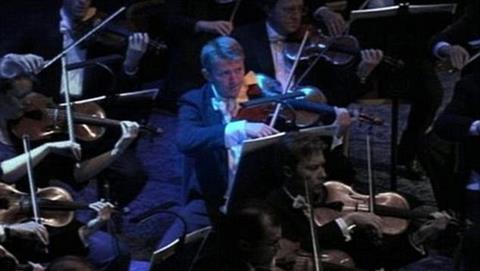 Violist Chris Goldscheider is suing the Royal Opera House in London for damaging his hearing during rehearsals for Wagner’s Die Walküre in 2012. The musician blames his hearing issues on brass instruments positioned directly behind him in the orchestral pit, where the sound peaked at 137 decibels – around the level of a jet engine.

Goldscheider, who joined the Royal Opera House orchestra in 2002 following stints in the Royal Liverpool Philharmonic and BBC Symphony orchestras, claims that since those rehearsals, he can’t even listen to music, much less play it professionally.

According to court documents, the noise ‘created an immediate and permanent traumatic threshold shift’, resulting in ‘acoustic shock’ which causes the brain to amplify day-to-day sounds. As a result the musician has ‘lost his career’.

‘Since I left the opera house, I have had a fairly quiet existence,’ Mail Online reported him telling the court.

‘I have learned to control my environment and I get symptoms if I go into a loud environment … It can be anything that is above the norm, so a noisy restaurant would do it.’

The Royal Opera House, which provided musicians with hearing protection during the rehearsals in question, is denying culpability.

It has released the following statement: ‘Mr Goldscheider’s compensation claim against the Royal Opera House is a complex medico-legal issue. The matter is now the subject of legal proceedings, and in the circumstances it would not be appropriate to comment any further at this stage.’

A verdict is expected early next week.

The ramifications for the entire industry of orchestral music – and indeed any live music – are potentially huge. Goldscheider’s claim for around £750,000 in lost earnings, if successful, would put a significant dent even into a budget as large as the Royal Opera House’s; but a proliferation of similar claims against orchestras and other organisations could dramatically change the face of live music.