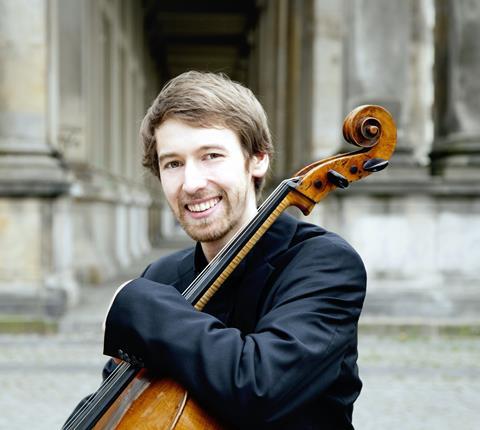 As a soloist, Valentino Worlitzsch has performed with ensembles including the Amsterdam Sinfonietta, the Beethoven Orchestra Bonn, the Düsseldorfer Symphoniker, the Frankfurt Radio Symphony, the Munich Chamber Orchestra, the Munich Radio Orchestra and the Royal Chamber Orchestra of Wallonia. He is also a regular guest at festivals including the Schleswig-Holstein Musik Festival, the Festspiele Mecklenburg-Vorpommern, the Rheingau Musik Festival, the Ludwigsburg Festival and the Heidelberger Frühling.

Watch: An unusual piece for cello and organ by Saint-Saëns