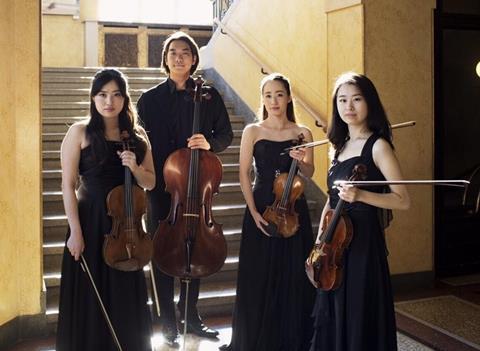 The ensemble, comprising violinists Yuna Shinohara and Chihio Kitada, Meguna Naka, viola, and Tatsuki Sasanuma, cello, are now invited to join the YCA roster, which includes management services, engagements, publicity and career advice. They will also give recital debuts in New York City and at the Washington DC Kennedy Center for the Performing Arts.

Unlike standard music competitions, the YCA International Auditions chooses prize winners through an audition process, and there is no limit to the number of artists who can selected for YCA representation. This year’s other winners are US saxophonist Steven Banks, 26; pianist Martin James Bartlett from the UK, 23; and pianist Albert Cano Smit, 22, from Spain.

The Quartet is currently studying with Kazuhide Isomura of the Tokyo String Quartet, at the Manhatttan School of Music.