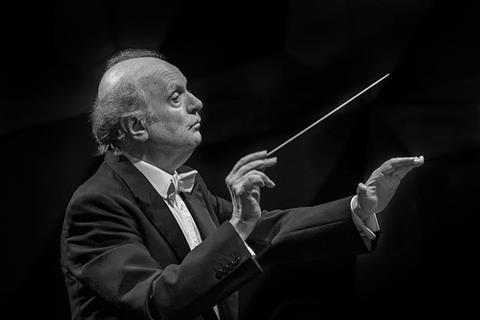 The Dresden Philharmonic has reappointed Marek Janowski as its chief conductor. The 79-year-old conductor, who previously held the position between 2001 and 2003, will come out of retirement to succeed Michael Sanderling in the role.

He originally left the Dresden Philharmonic after plans to build a new concert hall did not come to fruition. But since 2017, when the newly refurbished Kulturpalast celebrated its reopening, he has been tempted to ‘try again in Dresden’, as he told the Sächsische Zeitung.

‘The decision is also related to an unusual stress test,’ he added. ‘In 2016 and 2017 I conducted the Ring in Bayreuth. Sixteen evenings in five and a half weeks - a big stint. I was not sure if I would survive this physically unscathed. But I have. Even as you get older, you learn to handle your physical options more economically. So, why not in Dresden?’

Janowski’s new tenure with the orchestra begins with the 2019-2020 season.