The Korean violinist wins a host of prizes, including a €30,000 cash prize and loan of a Guadagnini violin 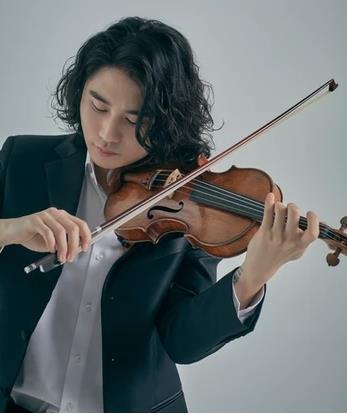 Following the final rounds of the International Jean Sibelius Violin Competition last weekend, 26-year-old Korean violinist Inmo Yang was named the winner on 29 May, scooping the top prize of €30,000.

In addition, Yang was also awarded an instrument loan of a 1772 Giovanni Battista Guadagnini violin, loaned by Jane Ng through J & A Beare and the Beare’s International Violin Society, as well as a personal mentoring sessions with jury chair Sakari Oramo and violinist Pekka Kuusisto. He won €2000 for the best performance of Magnus Lindberg’s commissioned work Caprice, awarded by the Sibelius family, as well as a product prize sponsored by Finnish loudspeaker manufacturer Genelec Oy and an NFT trophy by Yle Innovations.

Yang is a former winner of the 54th International Violin Competition ’Premio Paganini’ in Genoa, Italy in 2015. He has recorded two albums for Deutsche Gramophone, including the complete 24 Caprices for Solo Violin by Paganini. Yang studied with Miriam Fried at the New England Conservatory of Music and is currently based in Berlin, where he is pursuing a master’s degree under Antje Weithaas at Hochschule für Musik ’Hanns Eisler’.

Second-prize winner Nathan Meltzer (21, US) received a cash prize of €20,000 and a product prize from Genelec Oy. Dmytro Udovychenko (22, Ukraine) was awarded third prize of €15,000. The award-winning contestants will also be offered future performance opportunities.

The other three finalists, Diana Adamyan, Yesong Sophie Lee and Georgii Moroz, were awarded a €3,000 recognition prize and all semifinalists were awarded €1000 from the Sibelius family.

A record 240 violinists applied for the competition this year, 39 of whom participated in the competition. The next International Jean Sibelius Violin Competition will be held in 2025.