Fundraiser for restoration of smashed cello 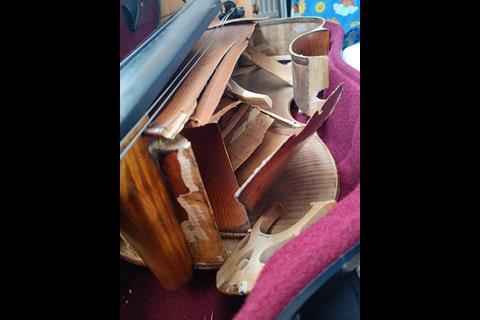 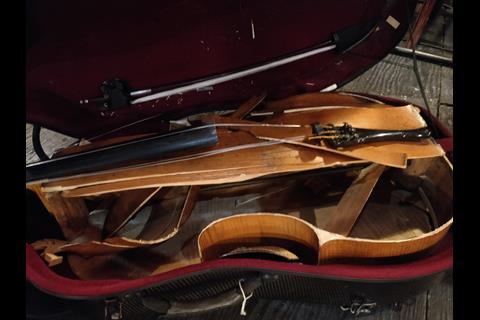 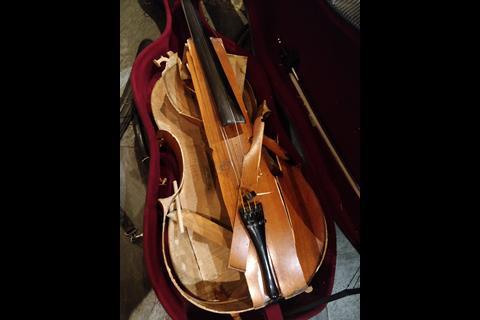 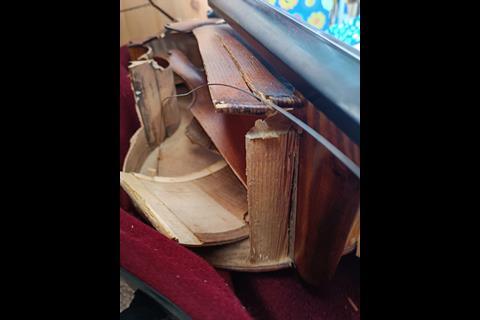 View and donate at Smedley’s GoFund Me page here

Cellist Tim Smedley faced a musician’s worst nightmare when his 18th-century English cello was destroyed by a man falling into an orchestra pit.

On 23 July 2022 LBC radio presenter Iain Dale was hosting a panel on the Buxton Opera House stage. Following the 90-minute talk, Dale exited the stage and fell twelve feet into the orchestra pit.

’The lights had been dimmed to it was quite difficult to see,’ Dale said of the incident in his blog. ’I then felt my right foot go from under me… I didn’t black out, and I remember being flat on my front with a cello case underneath me.’

Dale had landed on the cello of Smedley, who was due to perform at the venue that evening as principal cello of the Northern Chamber Orchestra. The carbon fibre case was not enough to protect the instrument from the impact of Dale’s fall, which smashed the instrument into several pieces, leaving it in an unplayable state.

’It’s a 300-year-old piece of history with huge emotional importance as well as professional value for me,’ Smedley told The Strad.

Smedley, who is head of chamber music at Birmingham Conservatoire, is looking to restore his cello and has set up a Go Fund Me page with the aim to raise £25,000 to bring the instrument back to life. However, restoration could take up to two years, during which Smedley needs a replacement instrument. Any funds raised beyond his target would potentially go towards buying a replacement cello while he waits for the original to be restored.

’I am now without the main tool of my trade and finding a cello of an equivalent quality and within a similar price bracket is going to prove extremely difficult, not to mention time consuming and (probably) expensive too,’ he said on social media.

’I feel acutely aware that we are all facing significant challenges due to the cost-of-living crisis and know that many musicians are facing highly uncertain futures in the current climate. However, as musicians, our instruments are not just historical things of beauty. They are the tools of our trade and the vehicles of our expression through which we earn our living and can feed our families. With three young children to provide for, this is undoubtedly the case for me, and this is why I can’t afford to take on the risk of repairing the cello without raising extra funds.’

Smedley is hoping to have the cello restored by a maker near the start of their career to provide an opportunity that would have a long-lasting impact on that person’s career.

View and donate at Smedley’s GoFund Me page here