The South Korean violinist receives NZ$40,000, a recording contract, a tour across New Zealand and Australia and a professional development programme 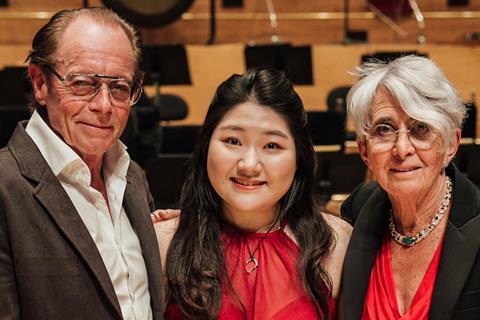 After a final round, in which three participants performed a concerto with the Auckland Philharmonia Orchestra conducted by Giordano Bellincampi, Do Gyung (Anna) Im was announced as the winner of the tenth Michael Hill International Violin Competition. The South Korean violinist receives NZ$40,000, a recording contract with the Atoll label, an intensive tour across New Zealand and Australia in 2020 and a personalised professional development programme.

Second Prize of $10,000 went to the American violinist Eric Tsai, as did the Chamber Music Prize of $2,000. Third prize of $5,000 was awarded to Jevgēnijs Čepoveckis from Latvia, who also won the Audience Prize and the inaugural Arancio Prize, which consists of a two-year loan of a 1645 Nicolò Amati violin, formerly played by Christian Ferras.

The competition was started in 2001 by New Zealand jewellery entrepreneur Sir Michael Hill, himself a keen amateur violinist.

The previous edition in 2017 was won by Romanian violinist Ioana Cristina Goicea.