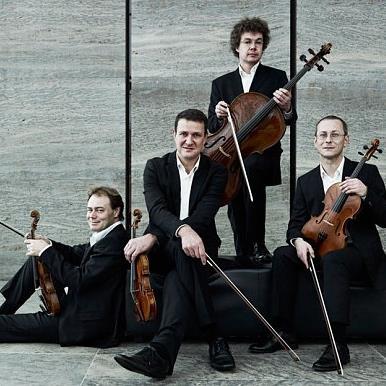 Former leader of the Leipzig Quartet, Stefan Arzberger, who was charged with attempted murder in New York last year, has pleaded guilty to the lesser charge of reckless assault in the third degree. The more serious charges have now been dropped and the violinist, who has been given an unconditional discharge, faces no jail time.

In March 2015 Arzberger (pictured with the Leipzig, centre) was accused of launching a naked attack on a 64-year-old woman – a fellow hotel guest at the Hudson Hotel. He was charged with strangulation and burglary and released on $100,000 bail, meaning he could not leave New York. The violinist maintained that he was unknowingly drugged while drinking at the hotel bar, robbed of his credit cards and personal belongings, and had no memory of the five-hour period leading to his arrest.

The length of the US judicial process forced Arzberger to step down as leader of the Leipzig Quartet in December last year.

Assistant District Attorney Joshua Steinglass listed a number of reasons for dropping the more serious charges, according to reports, including a lack of ‘discernible motive’ for the alleged attack, the fact that the behaviour was highly abnormal for Arzberger, and the wishes of the victim, who is said to have no objection to the decision.