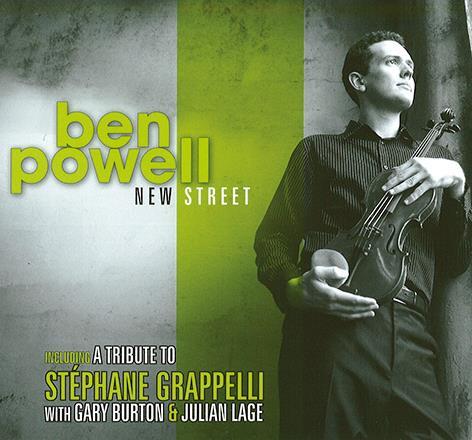 There is a backwards-looking glance about a lot of the music here. But what violinist Ben Powell does, he does very well, and there is a freshness and sense of purpose about his playing that make this an enjoyable listen. He’s a restless player – a surge or impulsive dart is never far away – but a sensitive one too: few gestures are made without a reason, and his improvisation has a strong assurance underpinned by impressive fingerwork, even if he’s a bit too fond of the slide. Powell’s violin exudes warmth, nicely matched by the choice of piano. There’s also an attractive mix of whimsy and precision about his playing, coloured by an old-fashioned, intense vibrato in more Romantic moments, but just as capable of natty, sharp interchanges with his colleagues, as in What Is This Thing Called Love.

Powell writes well for the violin, especially in the busy, changeable New Street and the overdubbed clusters of Monk 4 Strings. But it’s a mark of his calibre as an improviser in particular, that renowned vibraphonist Gary Burton and guitarist Julian Lage join him for a Grappelli tribute, which winds up with a finale that’s as slick as it is jaunty.