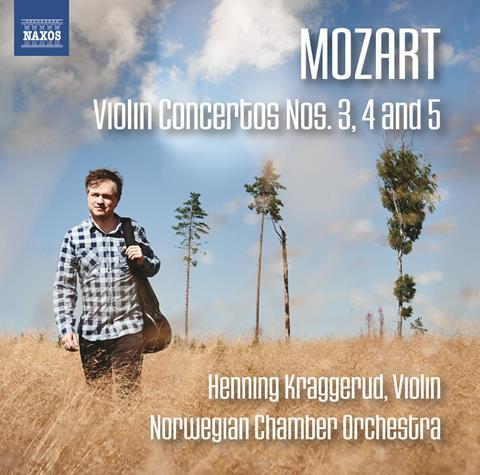 If Henryk Szeryng and Arthur Grumiaux (both Philips/Decca) represent the ultimate in classical refinement of those 20th-century violinists whose musical instincts were shaped essentially by the Romantic tradition, and Augustin Dumay (DG) a new sparkling litheness and sense of interpretative fantasy, Henning Kraggerud and the Norwegian CO (still on modern instruments) continue this organic process of revisionism with deft, light-as-air readings of dancing forward momentum.

With horns and woodwind discreetly balanced and employing a small string band out of which Kraggerud’s silvery purity emerges with beguiling naturalness and affection, these enchanting performances transport us from the concert hall into the chamber. Accordingly, traditional cadenzas by the likes of Sam Franko and Joseph Joachim (ravishingly inspired but ultimately Brahmsian in conception) are replaced by Kraggerud’s own gentle flights of fancy, which undistractingly dovetail into the musical argument without any sense of shoulders-back spotlighting.

Even in an age when technical cleanliness and accuracy can be taken virtually for granted, Kraggerud’s buoyant, mellifluous spontaneity and spotless intonation are in a class apart. Although tempos are free-flowing (with a total timing just a shade over 66 minutes), such is Kraggerud’s infectiously smiling way with these delightful scores that there isn’t the slightest hint of breathlessness. A triumph for all concerned, guaranteed to blow away any musical cobwebs.