In focus: A 1791 Aegidius Klotz violin 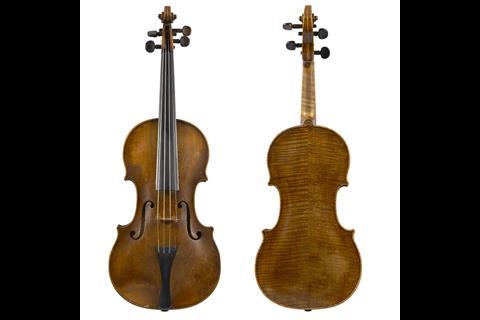 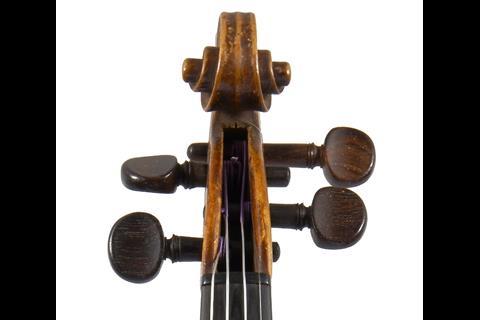 There are at least 25 members of the great Klotz family of Mittenwald makers in the dictionaries. From this exhausting list, two or three stand out: Matthias the first, was the founder, and the dynasty was carried on by his son Sebastian. It was Sebastian’s son, Aegidius, who is widely considered to have brought the Klotz tradition to its stylistic peak. Aegidius was a very effective craftsman. As part of the third generation of a professional violin making family, with two brothers also working, he was instrumental in defining Mittenwald in the 18th century as a large scale producer of fine instruments, rapidly outstripping the Italian centres in terms of productivity.

The environment at this time must have been ideal for the conscientious, artistically minded luthier. Although these high standards eventually became diluted, Mittenwald makers forged a unique interpretation of the Germanic, Stainer form of the violin, itself derived from Amati patterns. The sound developed by the full, highly vaulted arch, definitively light and ‘silvery’ according to many contemporary accounts, obviously matched the tastes of the time perfectly well.

The outline is very well regulated and symmetrical, showing fine craftsmanship, and it is overall of compact size. The upper corners are characteristically set a little high and pointing outward. Internally the violin is also well-finished, all of pine, with the linings having a regular chamfer and mortised to the corner-blocks on the middle bouts. The archings are typically high, slightly square across the middle bouts, and deeply fluted around the narrow edge. The purfling appears to be maple throughout, and is brought to a small, neat mitre in the corners. There is also a decorative mitred point beneath the button on the upper back. The f-holes are very distinctive indeed. They dominate the front, standing upright and well-spaced, cut wide and with strikingly oval finials and extended, unfluted wings.

The scroll is perhaps the most obvious marker of Aegidius’s hand. The pegbox is large and capacious, but the scroll diminished, the volutes compressed and narrow, although carved with great care and having the characteristic Germanic width to the first turn, thrusting the eye forward of the obvious central point. Aegidius’s ‘signature’ is found at the end of the pegbox mortise, where he has cut a neat chamfer with a firmnotch in the centre. Members of the Klotz family each developed different personal identifying marks cut discreetly in this position.

Aegidius seems to have used several varnishes: on this instrument the varnish is of a deep ochre–brown, not fully transparent and laid over quite a dark ground. It has a delicate, thin, friable texture, but has survived the years extremely well. As a characteristic example of the mature work of Aegidius Klotz, and the best achievements of the Mittenwald school in general, this violin can hardly be bettered.

The violin bears its original label, stating ‘Aegidius Kloz in Mitten-/vvald an der Iser 1791’, the variant spelling of ‘Klotz’ being perfectly authentic, with the distinctive decorative border intact.