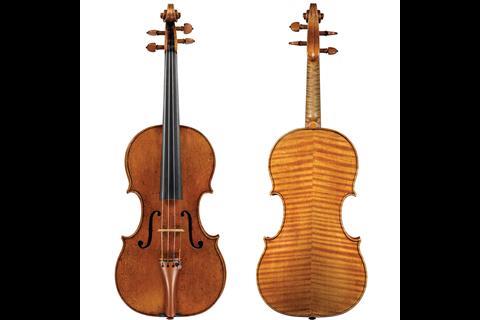 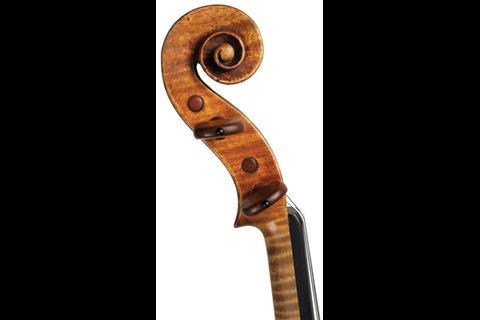 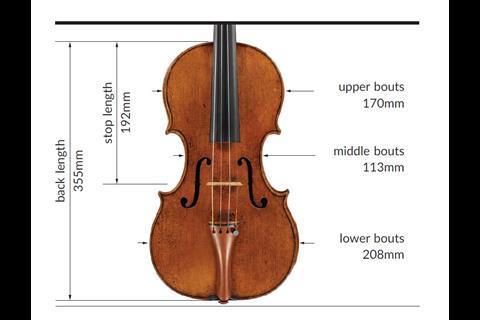 Precision and elegance abound in this grand pattern Amati once owned by the Italian virtuoso Spagnoletti, writes Christopher Reuning

It is fortunate that Nicolò Amati survived the plague and subsequent famine that swept Europe in 1630. It was this plague that halted violin making in Brescia and would also have done so in rival Cremona, had Nicolò not been the lone surviving violin maker there. He was 33 years old and probably already taking a lead role in the workshop of his father, Girolamo, who became a victim of the plague in that year.

Nicolò was then forced to assume charge of the shop and support a rather large extended family. The Amati shop soon prospered again, but because Nicolò was not yet married and did not have a violin making son until 19 years later, he took on numerous apprentices. Apart from the magnificent violins that Nicolò made, his contribution towards extending the Cremonese legacy to his own and to other family dynasties cannot be overstated.

The 1682 Amati violin shown here was owned, according to the 1892 Hill certificate and entries from Arthur Hill’s diaries, by the Italian virtuoso Paolo Spagnoletti (1773– 1834). The certificate states: ‘Spagnoletti used this instrument to lead the orchestra of the Royal Italian Opera [now the Royal Opera House] here for very many years.’ Born Paolo Ludovico della Diana in Cremona, Spagnoletti earned the nickname Espagnoletto (‘Little Spaniard’) from his time working as a court violinist in Spain.

The violin has also been the property of the prominent collector Charles Oldham, the US consul to Germany Dwight J. Partello, and the violin maker Curt Wunderlich.

Nicolò Amati was a prolific maker, and the vast majority of his violins are built on a single full-size pattern with a back length of just over 350mm. Quite rare are his so-called ‘Grand Pattern’ violins, of which this is one; they are generally 355mm in length but more notably are quite broad, especially across the lower bouts, which are typically 7mm wider. Hills had seen only 20 Grand Pattern Amati violins by 1913, and only a few more have subsequently been catalogued. From the 1680s onwards, Stradivari favoured this model.

Amati’s workmanship was never surpassed by any other Cremonese maker for its precision and elegance. In this violin the purfling is slender with dark-stained blacks, and it is set quite close to the edges. The corners are especially long, with noticeable ‘hooks’ on the inner edges.

While Stradivari’s workmanship was also exceptional, his main development in the 1680s was his arching, which employs shallower channels, and his edgework, which is bolder with wider purfling set further from the edge. This Amati has absolutely classical Cremonese arching, with deeply sculpted channels that gracefully lead into an arching of moderate height.

Nicolò Amati used varnish that ranged from a deep orange–red to a transparent golden amber, as seen on the ‘Spagnoletti’. It is this lighter varnish that Stradivari seemed to favour until 1690.

Amati’s exceptional tool skills are especially evident in the gracefully carved scroll that is perfectly proportioned. The chamfers are narrow and the eyes are small – both features that become bolder in Stradivari’s work.