In focus: 1850 violin by Giuseppe Rocca 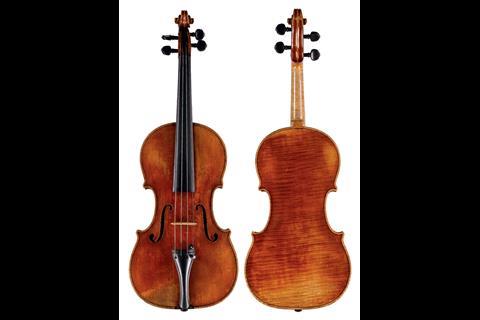 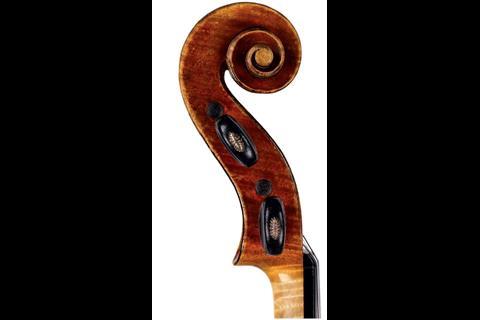 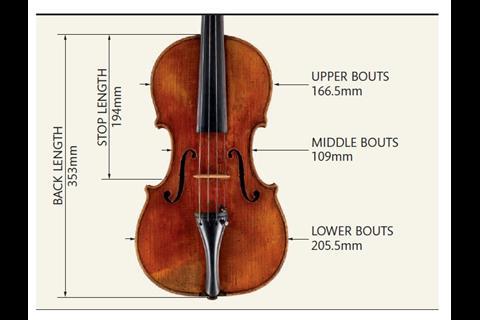 John Dilworth examines a violin from the height of Rocca’s powers, after he left the Pressenda workshop to strike out on his own. From the January 2011 issue of The Strad

This violin is a fine example of the work of Giuseppe Rocca, and it bears its original and undisturbed label dated 1850. At this date he worked in the Casa Dalmazzo on the Contrada d’Angennes. The years from 1845 to 1850, which mark his time in Turin after leaving the workshop of G.F. Pressenda and before moving to Genoa, are generally recognised as his best period, and the quality of workmanship on this instrument easily bears this out.

It is made on his smaller model, similar to that of G.F. Pressenda, but shortened in the lower bout. It bears a close resemblance to the 1705 P mould of Stradivari. The back is made from a very handsome piece of quarter-sawn maple with a deep and regular flame running its full width and rising from the treble side. The ribs are possibly cut from the same piece, but are not quite quartered. The upper and lower ribs are formed from two pieces, the flame forming a V shape at the neck mortise and endpin. The scroll shows a distinctly narrower flame, although it is no less intense.

The front is made from two matched pieces of spruce with a very straight and regular grain, close at the centre and broadening gradually and evenly toward the flanks. The arching of both plates is very Stradivarian, low and slightly full to the edges rather than being excessively flat. The soundholes are strong and beautifully cut, with broad lower wings that are fluted right through the end of the wing, without a trace of a raised edge around the lower circle or an exaggerated extension around the top half of the f.

The purfling is very characteristic, with slim black elements, and long bee-sting mitres that follow the outer edge in the corners. It is jointed in the upper and lower bouts at the pins with a short angled cut.

The scroll is also very typical in worksmanship, showing the usual Turin scribe line around the centre that is a feature of the work of all of Pressenda’s followers. Very elegantly sculpted in true Stradivari form and proportion, it also has the blackened chamfer typical of the master’s golden period.

The interior is in pristine condition, and shows Rocca’s attention to detail. The blocks and linings are of willow, the joints neat but not mortised, the corner blocks carved deeply hollow, and all finished cleanly with abrasive.

The varnish is in beautiful condition, and is thickly laid on with no trace of the deep crackle that is often found on Turin work. It is a rich golden–brown with more than a hint of burnt orange, laid over a yellow base.

There is barely any sign of damage to this beautifully maintained violin, and the varnish has given way to only the minimal wear at the usual places. It remains an excellent representation of the work of this celebrated maker.