From the archive: the 1865 ‘Caraman de Chimay’ Vuillaume 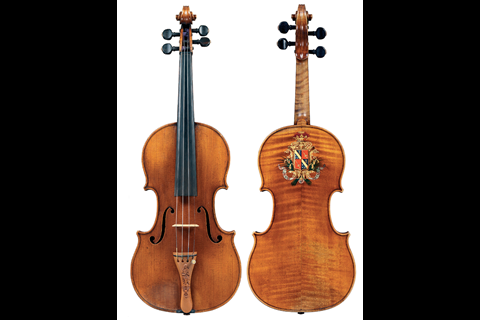 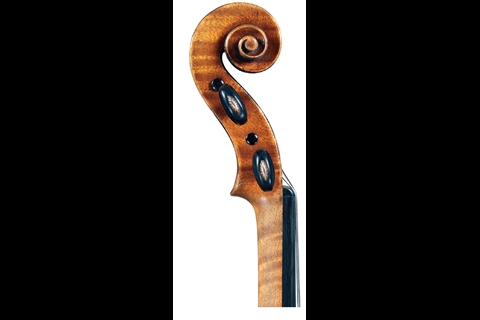 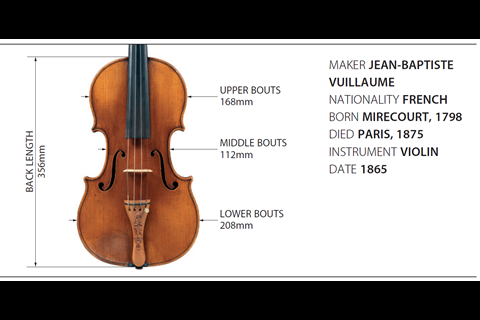 In the February 2010 issue, Tim Ingles took a close look at a decorated violin which was part of a now separated quartet of instruments

History In September 1867, Jean-Baptiste Vuillaume wrote to François-Joseph Fétis, the Belgian musicologist, regarding the Paris Great Exhibition of that year: ‘I have shown two quartets which embody all that I know, since they are as close to perfection as can be.’ Vuillaume was clearly pleased with his work, and the instruments also made an impression on a Belgian nobleman by the name of Victor Charles Antoine de Riquet, second Duke of Caraman.

De Riquet bought one of the quartets and requested that his family’s coat of arms be emblazoned on the back of each instrument. These four instruments, which are sadly no longer together as a quartet, are known today as ‘Caraman de Chimay’.

Vuillaume had completed the quartet in 1865 and the instruments bear his production numbers 2609, 2610, 2611 and 2612, in the slightly unorthodox order of cello, viola, violin, violin.

Provenance The violin featured here is numbered 2611 and was brought to the US by Nathan Posner, probably around 1925, and subsequently passed to Sol Kinder and then to Louis Feiler, who owned it from 1938 to 1948.

From about 1980 until 2009 it formed part of the collection of Olivier Jaques of Zurich, and is currently owned by Danny Spycher, a Swiss violinist and collector. Spycher was a pupil of Nathan Milstein and grew up in a highly musical family where the likes of Clara Haskil and Arthur Grumiaux would visit to play chamber music.

Craftsmanship The violin is finished with Vuillaume’s characteristic sureness of hand and attention to detail. The slanting f-holes are reminiscent of the very pinnacle of Stradivari’s working life (1714–16), and the choice of maple for the back recalls the ‘Titian’ of 1715.

The perfect symmetry of the scroll is, if anything, more precise than one would expect to see on even the best preserved Stradivari, and the bee stings of the purfling extend gracefully into the corners. If the elaborate decoration on the back is not in itself suffi cient to identify the violin as a Vuillaume, the perfectly semi-circular locating pins and the butted purfling joints leave us in no doubt.