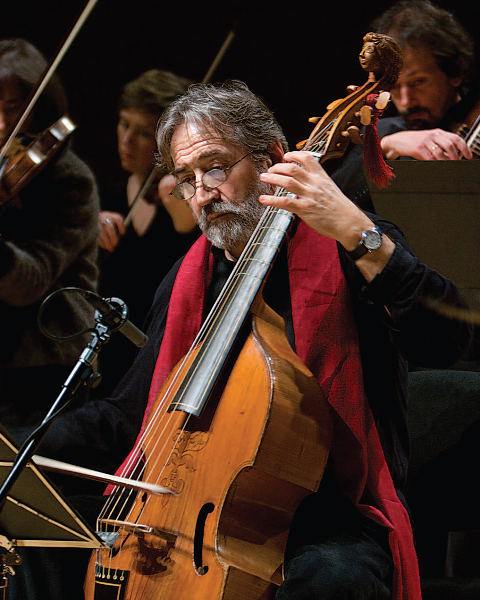 Early music specialist Jordi Savall has postponed a concert with his ensemble Hespèrion XXI, which was due to take place on 17 December at the refugee camp in Calais, France.

The Spanish viol player and conductor, who was named an UNESCO Artist for Peace in 2008, was scheduled to appear at the ‘Calais Together’ event, highlighting the plight of migrants at the camp. However, in the wake of the terrorist attacks in Paris last month, Savall has cited doubts about security.

In a long open letter, published on his Facebook page, he explains that media reports about the event’s cancellation are untrue, and it is his intention to perform at a later date:

‘I never said that I wanted to cancel this project,’ he writes. ‘It is only my proposal to postpone these activities to a less turbulent period - less contaminated with political issues and the despair that is experienced at the moment, following the shock of the terrible attacks of 13 November in Paris.’

Savall goes on to explain that he expected greater communication and collaboration between organisers of the event and the city of Calais.

‘I regret the disappointment that will be caused to the migrants and the people of Calais, who perhaps rejoiced in our coming and who feel frustrated by this change,’ he continues. ‘I give my word that I will be with them soon, no later than next spring. In these times of so much senseless violence, so much pain, so many imbalances, we believe that access to culture and art are the best basis for hope, education and justice.’